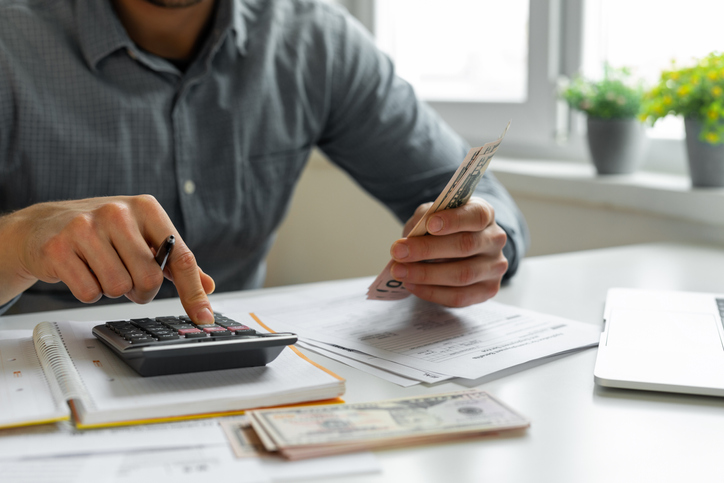 (NEW YORK) — As prices for goods are on the rise, there has been a debate over how much control consumers have at the cash register.

Some economists, like Rakeen Mabud of the Groundwork Collaborative, an economic policy think tank, say there isn’t much attention being paid to companies that are charging these prices.

Mabud spoke with ABC News’ “START HERE” to discuss the role of corporations during the current economic climate.

START HERE: I think the usual way this economic story is being told is that the economy is, you know, it’s worse for everyone. Everyone’s taking a hit, but you’ve said that’s not necessarily the case. Why is that?

MABUD: If you look at the data, we see that corporate profits are at 70-year record highs. So even as consumers are struggling to send their kids to school and put gas in the tank and put food on the table, there are some people who are making a lot of money off this crisis.

Essentially what’s going on is that big corporations are using the cover of inflation to jack up their prices beyond what their input costs would justify and rake in those profits, and consumers are paying the price. Some of the most egregious examples are credit card companies. Visa and MasterCard, for example, are a massive duopoly in their space, and so they have a huge amount of market share. And what we saw is that these companies make money by taking a fixed percentage cut of each transaction. So with inflation, as prices are rising, they’re inherently going to be pulling in more money, and yet these companies are also increasing that transaction fee.

START HERE: But if people were being charged super unfairly for certain, like kind of expendable, not necessity items, when do they stop spending the money? Isn’t the issue is people have more money to spend? You’ve heard conservative economists say, “Well, duh, we sent out large stimulus checks to people for simply living through a pandemic.” Wages have been going up. And so, when stuff gets more expensive, people are still paying it. We haven’t seen in the data a lot of reticence from people to completely shift their spending habits simply because of inflation. So isn’t the issue yeah, people have more money, they should spend more money. They’ve got it.

MABUD: Yeah. There’s a lot of research and evidence to suggest that two things are not driving up prices. Increase worker wages and money in people’s pockets. I think the critical thing to remember here is we are coming out of a wild time in our economy. We just went through a pandemic, [an] unprecedented sort of economic forces and disruptions. At Groundwork Collaborative, where I work, we often like to say we are the economy. It’s this idea that when all of us do well, that’s when the economy does well.

And that’s really what these stimulus payments and our attention to workers and families throughout this crisis have gotten us. It’s gotten us a recovery that’s been pretty healthy. I think the other thing to remember here is that corporations are making a lot of money and they also have a lot more information about where price increases are coming from. So if you think about it, if you’re a CEO, you have a good sense of how much of the price increase that you’re passing off to a consumer is because of actual input costs going up. Some, something that you use in their manufacturing process.

START HERE: Like supply chain issues like that. That creates a real need to raise costs, perhaps.

MABUD: Absolutely. For example. If you’re a bicycle producer and the cost of steel goes up, the price of that bike is going to go up a little bit. And, as a CEO, you can also gild the lily a little bit more. Take another spoonful of sugar and the consumer has no idea. So I think we really see executives exploiting that information asymmetry.

And the key thing here is that we have listened to hundreds and hundreds of earnings calls. These are the calls where CEOs and business executives are telling their investors what happened last quarter and what to expect in the coming quarters. And they’re saying the quiet part out loud. So when it comes down to it, I think the easiest way to understand what’s going on here is to follow the money. What we see is consumers are paying more and more out of their own pockets and shareholders are getting richer and corporate profits are increasing.

We have dozens of quotes from CEOs on these earnings calls that essentially say, “Hey, is the great strategy for us to be raising prices on consumers right now?” And so just by way of example, the CEO of 3M, which makes masks and medical equipment, bragged on the company’s Q1 2022 earnings call that the team, “Did an amazing job driving higher prices,” which have, “more than offset the amount of inflation.”

3M also said that they’re already working on higher prices to expand its profit margins even further. The CEO of Constellation Brands, which produces Modelo and Corona, has said on an earnings call, that we want to take as much as we can when it comes to pricing.

These CEOs are not shy about what they’re doing and it’s borne out in the data. So recent research shows that corporate profit comprises most of the inflation that we’re seeing in price hikes that we’re seeing. I think that’s probably changing a little bit, but it’s undeniably true that this is outside of historical norms.

START HERE: But what do you do to combat any of these issues? Because you’ve been on record saying the Fed has been raising interest rates to try to get inflation under control. You’ve said they shouldn’t do that. Continuing to raise interest rates will actually hurt regular people more as they try to live their lives. So what are the other options? Is it like you just ask these companies to volunteer to charge last year? Do you want to have laws that dictate how companies can make and spend their money? What do you do?

MABUD: The way to address the current price hikes is not to make people poorer and to take away their jobs. Because when we talk about the Fed raising interest rates, what we’re talking about is them jacking up unemployment.

The way to address the supply side issues that we’re facing is really to expand our toolbox, and that means making big investments and functional supply chains. It means tackling pandemic profiteering when we see it happen. Three-quarters of states have a price gouging law. We could do that at the federal level. It means taxing companies, [and] decreasing the incentives to jack up profits to sky-high astronomical levels.

There are a lot of tools in our toolbox. And I think once we start to really unpack where some of these current price hikes are coming from, those tools become a lot more available to us.

Inflation hits these products the most and these the least: EXPLAINER

Explainer: Why is inflation so high and what happened last time it reached this level?

Inflation slows significantly as prices rise 8.5% in July behind decrease in gas prices