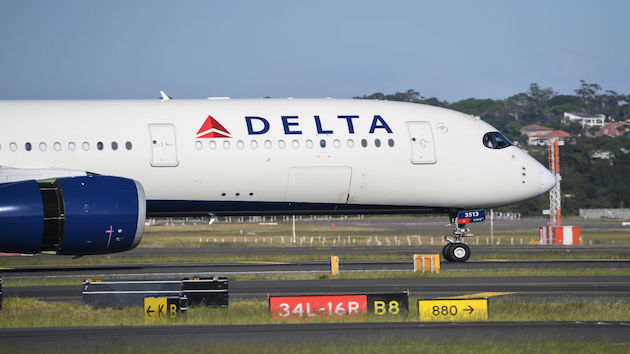 (NEW YORK) — The CEO of Delta Air Lines apologized to customers who were impacted by widespread delays and cancellations in a letter on Thursday.

Delta and other major airlines continue to struggle with the strong demand for air travel, forcing airlines to cancel thousands of flights in the last several weeks. While airlines have blamed weather and air traffic control for the delays, airlines are also severely understaffed.

“Crews are being scheduled with more buffer room to help us absorb and adjust when factors like summer thunderstorms disrupt the operation,” Bastian said. “And as always, we’re issuing travel waivers ahead of inclement weather, enabling you to easily rebook travel if needed without worry.”

In the letter, Bastian said that Delta has added more than 15,000 new employees since the start of 2021. American, United and Delta are all hiring roughly 200 pilots per month.

The letter also comes as off-duty Delta pilots are picketing at major Delta hubs across the country during ongoing union contract negotiations.

“The environment we’re navigating today is unlike anything we’ve ever faced, but Delta is no stranger to challenging times, and our commitment to you is as strong as ever,” Bastian said. “We won’t stop until we’ve made things right, and we’ll never stop improving for you.”

Airlines expect the highest number of passengers since the start of the pandemic during the July 4 weekend. Delta is forecasting more than 3 million travelers alone.

Delta preemptively slashed hundreds of flights from its schedule between July 1 to Aug. 7 due to staffing concerns. United Airlines has cut 50 daily flights out of Newark starting on July 1.

Lawmakers, including Sens. Edward J. Markey (D-Mass.) and Richard Blumenthal (D-Conn.), called on airlines to “prioritize their passengers and address flight schedule issues” in a letter sent to major domestic airlines on Wednesday.

“If an airline cancels a flight for any reason, the airline must promptly provide passengers refunds, as required by the law,” they said. “As the July 4th holiday approaches, the reliability of the air travel system should not be up in the air.”