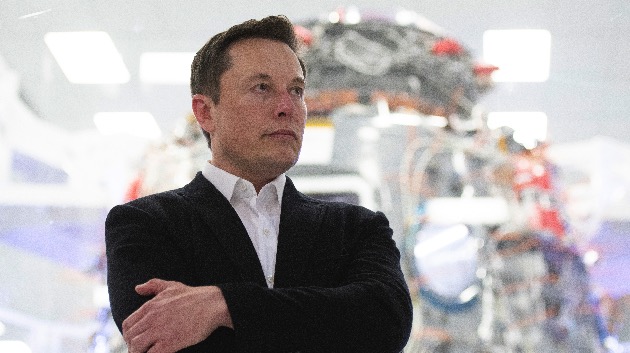 (NEW YORK) — Tesla CEO Elon Musk accused the Securities and Exchange Commission Thursday of harassment and of withholding $40 million to Tesla shareholders, adding to long-running tensions between the billionaire and the nation’s top corporate regulator.

Tesla and the SEC settled an enforcement action in 2018 that alleged a series of Musk’s tweets about a potential buyout of Tesla amounted to fraud. Musk personally paid $20 million and Tesla paid an additional $20 million.

In a letter to the judge, Musk’s attorney Alex Spiro said the SEC has not given the money to shareholders as promised. He accused the government regulator of conduct that “has gone beyond the pale” and sought a “course correction” from the court.

“Simply stated, the SEC has failed to comply with its promise to pay Tesla’s shareholders the $40 million it collected as part of the settlement and purports to be holding for them. Instead, it has been devoting its formidable resources to endless, unfounded investigations into Mr. Musk and Tesla,” the letter said.

The Wall Street Journal reported the SEC twice informed Tesla that Musk’s use of Twitter was violating terms of the settlement that required him to seek approval before posting.

Earlier this month, the SEC subpoenaed Tesla over Musk’s Twitter habits, seeking “information on our governance processes around compliance” with the settlement.

In the letter, Spiro said that amounted to “harassment” of his client that should have ended when the settlement took effect.

“Mr. Musk and Tesla understood that settling with the SEC would at last end the SEC’s harassment and, importantly, make this Court, and not the SEC alone, the monitor over any perceived compliance issues going forward. But the SEC has broken its promises. Without coming before this Court, it has been weaponizing the consent decree by using it to try to muzzle and harass Mr. Musk and Tesla, while ignoring its Court-ordered duty to remit $40 million that it continues to hold while Tesla’s shareholders continue to wait,” the letter said.

The SEC has yet to respond to the letter.

WHO accuses tobacco industry of ‘greenwashing’ in new report