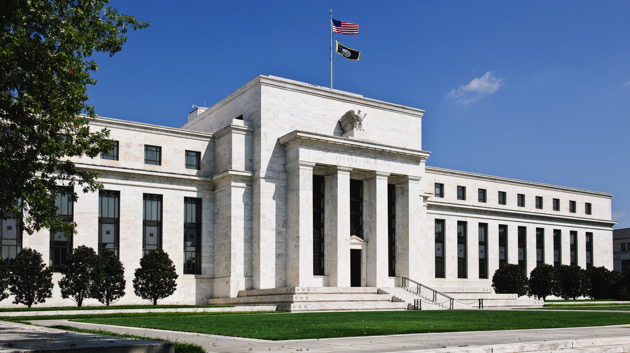 (WASHINGTON) — The Federal Reserve raised interest rates significantly on Wednesday, hiking it 0.75%, escalating a strategy of increased borrowing costs that aims to dial back historic inflation.

The rate hike of 0.75% marks the largest increase since 1994. The dramatic rate increase follows new inflation data that showed a reacceleration of price increases to levels not seen for more than four decades, dashing hopes that inflation had reached its peak.

The Fed also indicated that more rate hikes will follow in the coming months.

An increase to the benchmark interest rate raises borrowing costs for consumers and businesses, which in theory should slash inflation by slowing the economy and eating away at demand. But the strategy also risks tipping the economy into a recession. The rate hike will likely increase everything from credit card fees to mortgage rates.

The Federal Reserve raised its benchmark interest rate by 0.5% last month, and central bankers had signaled the same increase for June. But a persistent surge in costs appears to have prompted a reevaluation. The consumer price index, or CPI, stood at 8.6% year-over-year in May, a significant increase from 8.3% the month prior, according to data released by the U.S. Bureau of Labor Statistics on Friday.

President Joe Biden has touted the economic recovery from a coronavirus-induced downturn, but acknowledged that many American households are struggling with high costs.

“Jobs are back, but prices are still too high,” he said during a speech in Philadelphia on Tuesday.

Republican members of Congress have criticized Biden for the price hikes, suggesting they stem from his mismanagement of the economy. Biden has attributed high prices to the disruption of food and gas markets that has resulted from the Russian invasion of Ukraine, calling the sky-high inflation “Putin’s price hike” — a term the administration has used repeatedly.

Amazon warehouses under investigation from federal prosecutors, Department of Labor

Can higher interest rates be good?