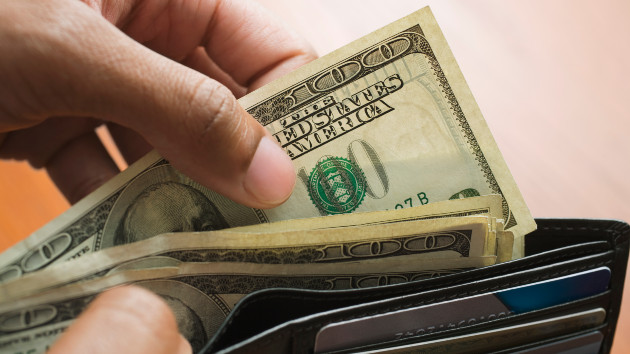 (WASHINGTON) — Inflation reaccelerated in May, rising at the highest level seen in four decades, dashing hopes that the number had hit its peak, according to data released by the federal government Friday.

The consumer price index, or CPI, stood at 8.6% year over year in May, a significant increase from 8.3% the month prior, according to the U.S. Bureau of Labor Statistics. That is the largest 12-month increase since the period ending December 1981.

On a monthly basis, the consumer price index rose 1% in May, far outpacing the 0.3% rise seen in April, according to the bureau.

Energy, food and housing costs contributed to the surge in prices. The new data arrives a day after the nationwide average price for a gallon of gas reached $5, according to GasBuddy.

The core consumer price index, which strips out food and energy costs, rose 0.6% on a monthly basis in May, the same increase that it saw in April, according to the Bureau of Labor Statistics.

“The increases were nearly ubiquitous,” Greg McBride, the chief financial analyst at personal finance advisory firm Bankrate, said in a statement. “Just no place to hide.”

“Inflation continues to rear its ugly head and hopes for improvement have been dashed again,” McBride added.

Energy prices climbed dramatically last month, up 3.9% on a monthly basis after falling 2.7% the month prior. Gasoline prices in particular rose even higher than the overall energy index, increasing 4.1% last month.

Food prices also spiked in May, increasing 1.2% last month. Notably, the index for dairy and related products rose 2.9%, the highest monthly increase for those products since July 2007.

The new data emerged as the Federal Reserve is set to meet next week, and is expected to raise its benchmark interest rate as part of an effort to dial back inflation.

Explainer: Why is inflation so high and what happened last time it reached this level?

Inflation slows significantly as prices rise 8.5% in July behind decrease in gas prices