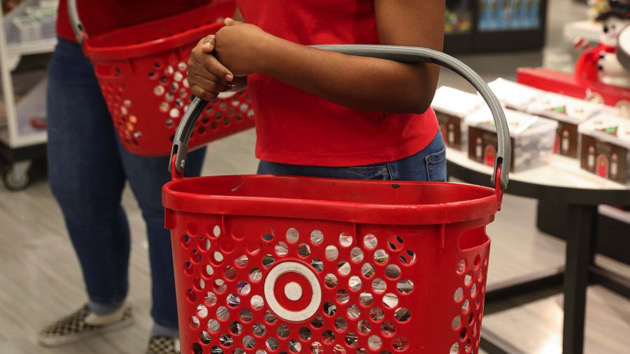 (NEW YORK) — Days after the Supreme Court overturned Roe v. Wade, a slew of major U.S. companies said they will cover travel costs for employees who cannot access an abortion where they live.

High-profile brands like Apple, Target, Starbucks, Amazon and Disney, ABC News’ parent company, are among those that vowed to help employees afford such travel, as 26 states are “certain or likely” to ban abortion in the aftermath of the court ruling, the Guttmacher Institute predicted in October. In several states, abortion bans have already taken hold.

But the new policies position companies as a key bulwark for abortion rights in states banning the procedure, raising concerns over the privacy of employees who may share intimate details of their personal lives in order to access the subsidy for travel costs. Fear of retribution or discrimination based on the desire to access the employee benefit could dissuade women from using it, experts told ABC News.

Assessing such privacy concerns is difficult in the early days of these policies, when companies are still figuring out exactly what implementation will require and the state-by-state legal environment remains in flux, the experts said. They added that federal law offers robust, albeit incomplete protection for the confidentiality of medical information, urging companies to administer the plan through a health insurer rather than deliver the benefit directly.

“Women should not assume with these policies that their privacy is absolutely 100% guaranteed,” said Wendy Parmet, a professor of health law at Northwestern University. “On the other hand, there are protections.”

“We risk the situation in which the fear itself becomes a more formidable barrier to access to needed care than the actual laws,” she added.

A central question for the new policies covering travel for abortion procedures hinges on whether companies administer the subsidy through an insurer or do it themselves, experts said.

If the benefit is provided through an insurer, then employees will retain the strong privacy protections that they receive whenever pursuing a medical procedure or health benefit through employer-provided health insurance, said Sharona Hoffman, a health law professor at Case Western Reserve University. In such cases, HIPAA prevents the release of medical information about a patient, she added.

If a company provides the benefit directly, then those same privacy protections will not apply. “HIPAA doesn’t apply to employers — there’s no HIPAA privacy coverage,” Hoffman said.

She noted that federal law does offer some confidentiality protections for sensitive medical information held by an employer through the Americans with Disabilities Act.

“If they learn somebody has HIV or cancer, they can’t disclose that to anyone else, unless they have to disclose it to a supervisor who has to provide accommodations to personnel,” she said, noting that it’s unclear how such protections will apply in the case of women seeking to use a company’s coverage for abortion-related travel.

Experts also emphasized the uncertain implications of potential legislation that may aim to prevent people from traveling to other states for an abortion. If such a law took effect and empowered law enforcement to subpoena information from companies or insurers that administer the travel subsidy, then they could be forced to turn over information.

“There’s a HIPAA exception for law enforcement,” said Hoffman, the health law professor at Case Western Reserve University. “Even health care providers have to respond to requests from law enforcement.”

Companies must establish guidelines for how they will respond to potential legal attacks on their policies, said Sonja Spoo, the director of reproductive rights campaigns at the feminist advocacy group UltraViolet.

“If you’re going to provide these benefits to workers, you need to make sure you have a plan in place to protect them,” she said. “Make sure employees are safe from attempts by whoever is in power to see information and weaponize it.”

“​​The privacy and safety of our employees were critical to how we would introduce this benefit, which is administered through our health insurance provider, ensuring confidentiality,” a Yelp spokesperson told ABC News. “Yelp will never receive any information on who incurred a claim and/or received reimbursement.”

Several companies responded to privacy questions about their policies covering employee travel with general statements on the new policies, including Bank of America, Lyft, Dick’s Sporting Goods and Meta, the parent company of Facebook.

“We intend to offer travel expense reimbursements, to the extent permitted by law, for employees who will need them to access out-of-state health care and reproductive services,” a Meta spokesperson told ABC News. “We are in the process of assessing how best to do so given the legal complexities involved.”

“​​This is the beginning — not the end — of the transition as a result of the change in precedent,” she said.

US economy grew at end of 2022, defying recession fears