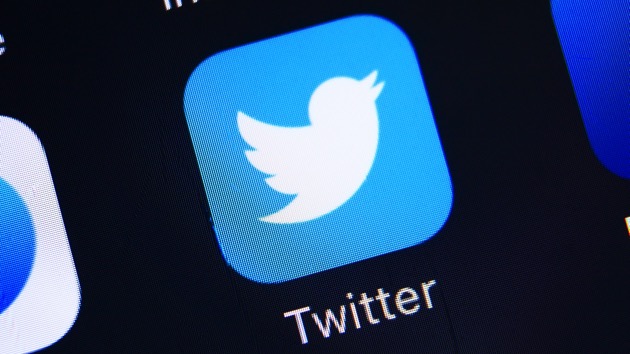 (NEW YORK) — In late November, Twitter rolled out a new privacy policy it said was aimed at preventing the misuse of media to harass, intimidate or reveal the identities of individuals — but, within days, accusations circulated that some users were abusing the new policy to remove legitimate media.

Under the policy, which was announced on Nov. 30, Twitter users could ask the company to remove photos and videos of themselves posted to the platform without their permission. Twitter said there were exceptions, including photos and videos taken at public events, such as protests, those taken by journalists, or those that were in the public interest.

However, Twitter soon “became aware of a significant amount of coordinated and malicious reports,” a spokesperson told ABC, “and unfortunately, our enforcement teams made several errors.”

“It was completely predictable,” said David Greene, civil liberties director and senior staff attorney at the Electronic Frontier Foundation. The policy was too broad and too imprecise, so it was very quickly abused, he said, adding, “I don’t think anyone was really surprised. Only surprised by how fast.”

The day after the policy was introduced, Sean Carmitchel, a freelance videographer in California, who covers protests, said he found himself locked out of his account. Two of his tweets had been flagged as violating the policy.

“It’s frankly a pretty boring tweet,” he told ABC News. “The thread itself was of an anti-mask rally which was counter-protested and ended up in a very brief shouting match. What’s funny is that I wasn’t even sure what the tweet was until I was able to get back on Twitter.”

Carmitchel said he doesn’t know who reported him. However, he showed ABC screenshots, which we verified, from right-wing accounts calling for him to be targeted.

The caption on a post on the messaging app Telegram read: “…NOW is the time to mass report for them posting piks [sic] of patriots without their consent and with the intent to cause harm! We need to get these doxxer accounts shut down! LET’S GO BRANDON!”

After Carmitchel was locked out of Twitter, a user on Gab, a rival social network, posted a screenshot of the Twitter notification Carmitchel received and wrote: “Keep going. Antifa ‘press’ are getting hit with their doxing riot videos.”

The Gab account owner also posted that he had “made over 50 reports myself today. Keep reporting all Antifa who post any media (video/photos). It’s time to stay on the offensive.”

In the wake of the introduction of Twitter’s policy, multiple other reports emerged of far-right activists misusing it.

Carmitchel’s challenged tweets contained videos he had filmed of small public protests in January and March. Once Twitter had ruled that the two tweets violated the new policy, Carmitchel said his account was suspended until he either deleted them or appealed the decision. Carmitchel, who relies on Twitter for his livelihood, said he chose to delete one and appeal the other. Carmitchel said his account was then restored without an explanation from Twitter.

Twitter has said that this new policy is an extension of existing rules preventing private information such as addresses or telephone numbers from being posted publicly. It is based on Right To Privacy laws in place around the world, including in the European Union, and extends those rules to all Twitter users whether they live in such jurisdictions or not.

The new policy is “a very egregious overreach” of regulation in the free-speech-versus-privacy debate, according to Mickey Osterreicher, general counsel for the National Press Photographers Association.

Immediately after the introduction of the policy, he accused Twitter of misunderstanding U.S. law, tweeting that “a person photographed in a public place has NO reasonable expectation of privacy.” If Twitter chose to enforce the policy, it would “be undermining the ability to report newsworthy events by creating nonexistent privacy rights,” he said.

As a private company, Twitter can regulate speech on the platform however it wants, Osterreicher told ABC News, but he said the new policy has dangerous implications because it may embolden those who think they have no right to be photographed in public.

In the past, NPPA members have experienced resistance, often violent, to being photographed in public from both sides of the political spectrum, he said. Osterreicher told ABC he isn’t aware of left-wing abuse of the Twitter policy, but said: “We’re seeing it from the far right, but it could easily be from people on the left.”

Samir Jain, director of policy at the Center for Democracy & Technology, said he agreed. “There’s a chilling effect on speech on the platform,” he told ABC News. He said that account suspension is a significant penalty, and the threat creates a deterrent effect.

“If you know that particular photos of extremists result in a suspension, even if that’s eventually overturned, it will make you reluctant to post them even if they’re in the public interest,” Jain said.

Explaining why they see the new policy as necessary, a Twitter spokesperson told ABC about a photo of a rape victim that was shared widely in a country without Right to Privacy laws.

“This led to revelation of their identity,” the spokesperson said. “Twitter had no policy basis for enforcement, but the expansion of this rule would close that gap.”

Twitter does already have a “Non-consensual nudity” policy that allows it to remove some media, but with a much narrower scope. That policy applies only to explicit sexual images or videos.

Greene, Osterreicher and Carmitchel said the policy was aimed at an issue Twitter should address. But, Osterreicher said, it was easy to see how the policy would be misused. “How could they not have foreseen this?” he said.

“I am sensitive to having to fix online issues of doxing,” Carmitchel said, but this is having “the opposite effect — silencing people who are speaking out about perpetrators of crimes. I think we can all agree that there’s a difference between showing a photo of a rape victim and showing a video of someone assaulting a counter protestor.”

Carmitchel said the exemptions in Twitter’s policy — including videos shot by journalists or those in the public interest — were vague.

Twitter has said that after receiving a report “that particular media will be reviewed before any enforcement action is taken.” The company did not reply to a question from ABC about how many take-down requests it has received.

Osterreicher said it was a step too far and Greene said he thought the policy should have been more specific, perhaps just targeting sexual harassment, for example. He said he hoped Twitter would revise it.

“I wouldn’t want to see this replicated by other [social media] sites — certainly not as broadly as it was rolled out by Twitter,” he said. “I think it is too subject to manipulation, involves too many impossible decisions.”

There should be a clear and timely appeals process, according to Jain, and part of that is clearer guidelines and appropriate training for Twitter moderators.

A Twitter spokesperson did not reply to ABC’s request for comment on Cartmitchel’s case, but acknowledged errors were made.

“We’ve corrected those errors and are undergoing an internal review to make certain that this policy is used as intended — to curb the misuse of media to harass or intimidate private individuals,” the spokesperson said.

How low the stock market could fall and what investors should do, according to experts

Why the stock market slumped and what comes next, according to experts

Companies increasingly using politics in marketing, but there are risks: Experts