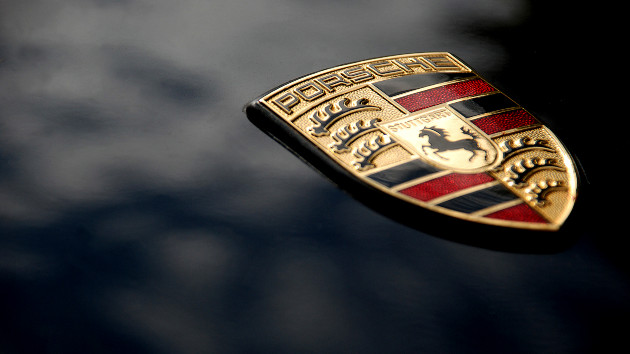 (NEW YORK) — Luxury car brand Porsche aims to go public in late September or early October in what could be one of the largest initial public offerings in Europe in decades, parent company Volkswagen announced late Monday.

The move arrives at a precarious economic moment in Europe, where a down year for markets owes to an energy shortage, sky-high inflation and growing concern over a possible recession.

If markets turn down even further, Volkswagen could nix the IPO plans. In its announcement, the Germany-based automaker acknowledged that the move is “subject to further capital market developments.”

But the move would help fund a massive electric vehicle, or EV, expansion underway at Volkswagen, auto analysts said. The Porsche IPO would generate a significant amount of capital for that transition, they added.

Here’s everything you need to know about the blockbuster IPO:

Why would Volkswagen take Porsche public?

The company has ambitious EV aspirations but they come at a price. Volkswagen CEO Herbert Diess has vowed to overtake Tesla as the global leader in EV sales by 2025, and make EV sales more than a quarter of its revenue by 2026.

To that end, the company announced in December plans to spend $88.4 billion on EV investment over the next five years, which will make up more than half of the company’s spending over that period.

Volkswagen, however, needs to fund that investment. An IPO for Porsche is an appealing option for the company in part due to the brand’s strong profitability and in turn the potential for a high valuation, said Sam Abuelsamid a principle research analyst at Guidehouse Insight. Over the first six months of this year, Porsche’s operating profit grew nearly 25% compared to the first six months of 2021.

“Porsche for a long time has been one of the most profitable automakers in the world,” Abuelsamid said. “This is an opportunity for Volkswagen to sell off some of that stock and raise some important capital that they are going to need in the coming years to fund their electrification strategy.”

How big would the Porsche IPO be?

Investors anticipate a valuation for Porsche as high as $85 billion, according to reports.

But Volkswagen will only take in a fraction of the valuation as cash for capital investment in initiatives such as EV development, said Charles Coldicott, an auto analyst at the London-based equity research firm Redburn.

The company is putting 25% of the shares up for sale on the public market, and nearly half of the cash generated will be redistributed to shareholders in the form of a dividend, he added. The company would retain the rest.

“That would be a sizable amount of money,” Coldicott said, though he pointed out that Volkswagen already has tens of billions in cash available for capital investment. “The company is awash in cash,” he said. “But it doesn’t hurt to throw more cash at this problem.”

Why do this now?

As mentioned, Volkswagen needs to fund its EV aspirations. But the Russian invasion of Ukraine has placed even greater urgency on such plans, as Europe struggles with an energy crisis amid a sharp decline in the use of Russian oil and natural gas, said Abuelsamid.

“This would’ve happened regardless but I think there has been some acceleration of plans, especially in Europe,” Abuelsamid said.

“I think it’s pretty unrelated,” he said, noting that Volkswagen announced a prospective Porsche IPO prior to the Russian invasion of Ukraine in February.

Over the coming weeks, Volkswagen will likely move forward with a typical IPO “roadshow,” in which company representatives pitch investment banks on the viability of their public offering, Abuelsamid said. In turn, some investment banks will go to commercial and retail investors in an effort to raise money for Porsche ahead of its public filing.

Could Volkswagen still call off the IPO altogether?

Yes, the company has left itself wiggle room to call off the IPO. But it’s “almost certainly going to happen,” Abuelsamid said. Coldicott concurred, calling the IPO “highly likely.”

A plunge in markets could force Volkswagen to postpone it, however, the analysts said.

“You can never be certain if something happens in the next few weeks and the market takes another 10%, 20% or 30% dive,” Abuelsamid said. “They would not be getting the value from the Porsche brand that they think it’s worth.”

Voters prefer Republicans on the economy; economists assess their plans to fix inflation