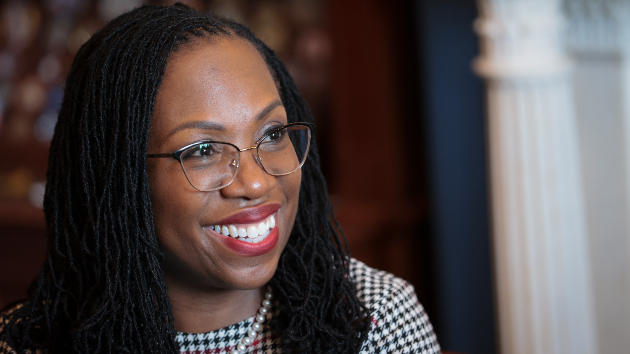 Judge Ketanji Brown Jackson made history on Thursday, after she was confirmed as the first Black female Supreme Court Justice. Applause and cheers broke out in the White House when Kamala Harris, the first Black and South Asian woman vice president, announced the voting results, while virtual applause and congratulations circulated the internet in honor of the history-making news. Here’s a glimpse at some of the congratulatory messages on Twitter:

Michelle Obama: “I was so moved to see Justice Ketanji Brown Jackson confirmed this afternoon. Like so many of you, I can’t help but feel a sense of pride — a sense of joy — to know that this deserving, accomplished Black woman will be a part of the highest court in the land.”

Barack Obama: “Congratulations to Judge Ketanji Brown Jackson for her appointment to the Supreme Court. This is a great day for America, and a proud moment in our history.”

Hillary Clinton: “Congratulations to Justice Ketanji Brown Jackson, the first Black woman and first public defender on the Supreme Court. Without the commitment of voters and organizers to take back the Senate and White House, this historic moment might not have happened. Well done. Onward.”

Adrienne Lawrence, Esq.: “In a land where all are purported to be equal, it took 233 years for the United States to finally elevate a Black woman to the U.S. Supreme Court. Despite that, I will not let the hypocrisy of our nation overshadow the magnificence of this moment.#JusticeKetanjiBrownJackson”

Stacey Abrams: “Anchored by intellectual rigor, compassion and fortitude, Justice Ketanji Brown Jackson joins the U.S. Supreme Court and the annals of history. We are grateful for service that brought her here and the work yet to come. Congratulations, America! #KetanjiBrownJackson #SCOTUS”

Sen. Chuck Schumer: “Judge Ketanji Brown Jackson is a groundbreaking and remarkable jurist. She is brilliant. She is beloved. She belongs on the Supreme Court. And today, the Senate will confirm her as the 116th Supreme Court Justice!”

John Legend: “Congratulations to Ketanji Brown Jackson on her historic and well-deserved ascension to our nation’s highest court!”

Shaken and stirred: Monday night is “James Bond Night” on ‘Dancing with the Stars’