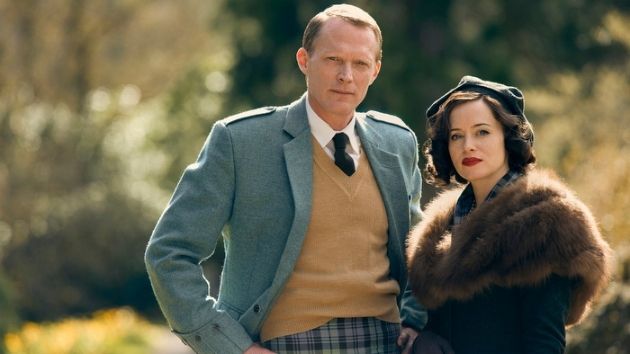 Terrible people treating each other terribly is one way to describe the new Amazon Prime Video limited series A Very British Scandal, which launches on Friday. Claire Foy and Paul Bettany star in this true story of a 1960’s sex and divorce scandal that rocked Britain, with a LOT of the Duke and Duchess of Argyll’s dirty laundry spread far and wide.

So what’s it like playing character’s that were horrible? Bettany tells ABC Audio he doesn’t believe in the old actor’s adage that you can’t judge the characters you play.

“I do tend to judge my characters,” he admits. “I mean, I think that is often nonsense. You can’t play [Adolph] Hitler and not judge him.”

Foy adds, “But it is true, though, that you do get to a point where…once you understand the human being, it’s very difficult to hate them because you kind of go everybody’s got their stuff going on haven’t they? Right.”

When it came to her role as the Duchess, Foy says it also took her a while to get to that point, sharing, “She’s very privileged and entitled. So it was really difficult to be not just be really annoyed with her all the time. But I did get there.”

Even so, Foy hopes the series helps audiences understand the traumas that made the Duchess the way she was.

“She had eight miscarriages, fell down a lift shaft nearly died, almost died of septicemia, she had a speech impediment and was basically treated incredibly badly by her mother,” Foy explains. “Everybody has those sorts of things and it’s just about finding them and trying to use that so that the audience kind of comes with you on the journey of them as opposed to just hating their guts.”