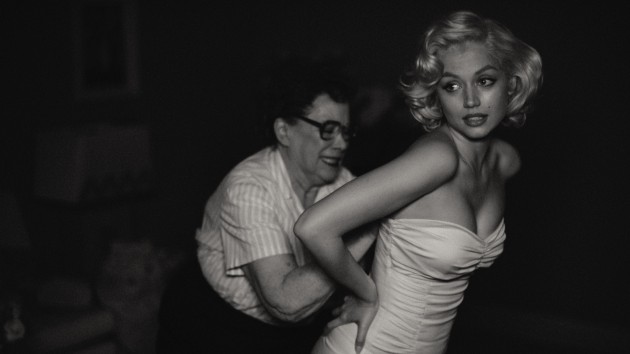 Netflix raised eyebrows when it announced its upcoming Marilyn Monroe film Blonde would be branded with a rare NC-17 rating, and apparently, a pair of them belonged to its star Ana de Armas.

Gracing the cover of the French magazine L’Officiel, de Armas noted, “I didn’t understand why that happened.”

She explained further, “I can tell you a number of shows or movies that are way more explicit with a lot more sexual content than Blonde. But to tell this story, it is important to show all these moments in Marilyn’s life that made her end up the way that she did. It needed to be explained.”

She added, “Everyone knew we had to go to uncomfortable places. I wasn’t the only one.”

The film was based on Joyce Carol Oates’ bestselling novel of the same name, which detailed the sexual abuse and mental illness Monroe suffered.

de Armas admired the blonde bombshell, noting, “She wanted to have control of the material she was going to work on. No one was thinking like that [back then].”

Ana also expressed she related to Marilyn in another way, when her former relationship with Ben Affleck made her a tabloid fixture: “Something from this interview is going to be taken [out of context] and become something else,” the actress lamented.

“It’s terrifying because there is nothing you can really do,” she continued. “That’s why having family and people who love you is so important. And [Marilyn] didn’t have that. When you think about that, it’s easy to understand how you can break.”

Ana added, “People can be so cavalier about commenting on someone’s life or body or sexuality or relationships. It can really do damage.”

The man in the hat is back: Harrison Ford in first photo from fifth ‘Indiana Jones’ movie