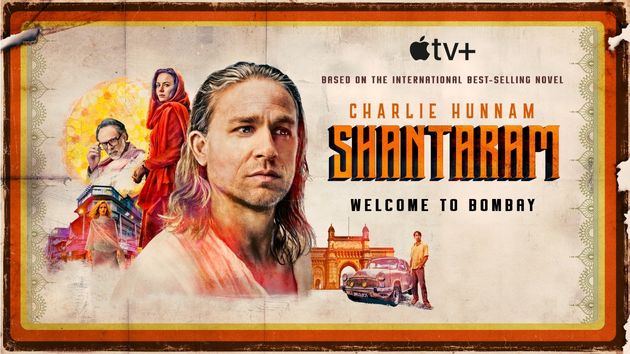 Hunnam tells ABC Audio they actually filmed in Bangkok, Thailand due to COVID-19 and they went to great lengths to make it feel like India, but it wasn’t easy.

“That really was one of the central challenges for us, was to, how are we going to shape the most important character in this show when we don’t have access to that character directly,” he says.

Thankfully, they were able to draw from the team’s experiences with the country.

“Chris Kennedy, my production designer, spent a lot of time there in the 80s and he knew it very well,” said show executive producer Steve Lightfoot. “He had the photographs he’d taken back then that he still had. And, you know, and then a lot of research. Two of my writers were from Mumbai. One of them grew up in Colaba in the eighties.”

And, all of that hard work paid off because Saraf says he “truly was transported” and “kind of forgot where [he] was” when he arrived.

As far as what the series is about, Shantaram is based on a popular book, and Lightfoot shares that for him, the story is mostly about redemption.

“I think all of us, at the end of the day want to, you know, look in the mirror and like the person we see,” he explains. “I think Lin, the lead character, is on a very heightened version of that… he’s done some pretty bad stuff that he’s trying to atone for and try and somehow come to terms with for himself.”

“I feel like that’s something we can all identify with on our own smaller scale,” he adds.

In Brief: ‘Acapulco’ out at Apple TV+, and more