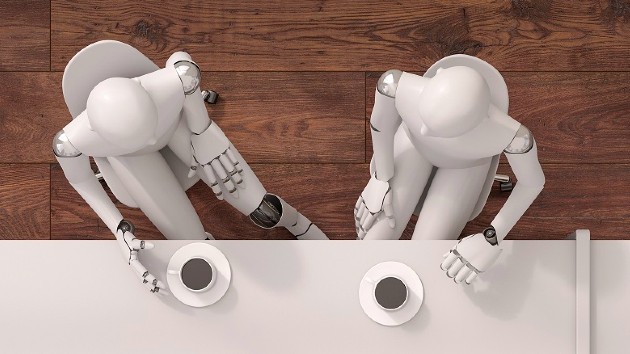 Apple icon Steve Jobs never appeared on Joe Rogan‘s podcast, but thanks to a Dubai-based tech company, you might be convinced he did.

The company, Play.ht, used its audio AI wizardry to create a fake podcast interview between the pair as a way to flaunt its voice synthesis technology.

Play.ht cloned the men’s voices to make it sound as if they once had a friendly, more than 19-minute chat that ranged from technology to Eastern mysticism. Evidently, it’s the first in what will be a series of such synthetic sit-downs, called Podcast.ai.

The company says its tech can “instantly convert text into natural-sounding speech,” and the results are pretty convincing, some technical limitations aside. “Joe Rogan” pronounces Patrick Swayze‘s name as Patrick “SWAYS” at one point, and much of “Steve Jobs"” dialogue centers on Apple and the tech market — evidence the company’s artificial intelligence was fed a diet comprised mostly of speeches the tech wizard gave in order to create his side of the conversation.

Similar audio AI technology made headlines recently when it was revealed James Earl Jones had given permission for his voice to be synthesized from now on by a Ukrainian tech company that recreated his Darth Vader voice, as heard in the Disney+ series Obi-Wan Kenobi. The audio wonks at Lucasfilm also used so-called machine learning to de-age Mark Hamill‘s voice as heard in other Star Wars shows.