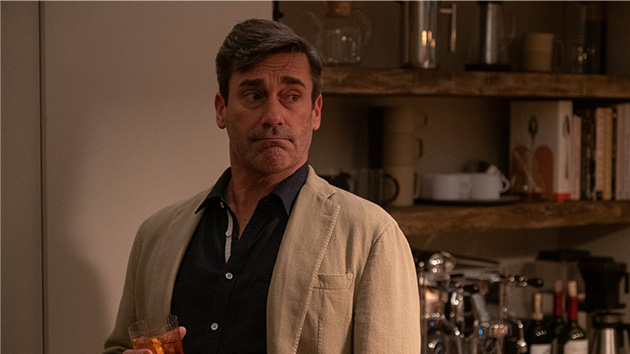 Fletch is back, on screens big and small! The bumbling but talented investigative reporter made famous on film by Chevy Chase in the 80s is now reimagined by Jon Hamm, in Confess, Fletch out today in select theaters and video on demand.

Hamm tells ABC Audio that as much as he loved the original, the new version “was about redefining it and coming into it with fresh eyes.”

“[It was] really getting back to the source material of the book and understanding that all of the things that Chevy brought to it in the first film are very redolent of Chevy and very redolent of the 80s as well,” he continues. “So we wanted to make a movie that was much more about current times.”

Specifically, adds Confess, Fletch writer and director Greg Mottola, “There’s a certain, you know, bit of satire about the world we live in today and white privilege and influencers and tone deaf privilege behavior”.

As for any chance of a cameo from Chevy, Mottola admits “There’s a part of me that was very, very tempted to beg him to be involved because I’m such a fan.”

“But ultimately, I thought, you know, that movie is really quite perfect for what it is and it’s out there,” he continues. “And if anyone hasn’t watched it, they should because it’s great. And, you know, we just decided not to make a nostalgia thing.”

Roy Wood Jr., who plays a detective investigating Fletch for murder, loved the original movie, and 80s comedy in general, explaining, “I’m 43, so that was essentially my comedic foundation, was the Fletch stuff, the Zucker brothers, Martin Short and Steve Martin, Eddie Murphy of course, like those things were all large and big.”