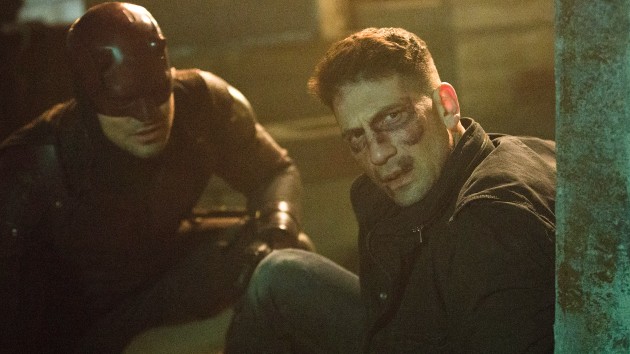 At 3 a.m. Eastern time, the Marvel shows that were produced for Netflix — Daredevil, Jessica Jones, Luke Cage, The Punisher, Iron Fist, and the team-up The Defenders — landed on Disney+.

As previously reported, the mature content of the shows led the streaming service to update their parental settings, so starting today, you’ll have to re-enter your Disney+ account’s password one time to authorize access for the “Full Library” option. If you don’t want your kids to watch the TV-MA-rated superhero shows, you’ll also have the option to set a parental password.

Also landing on the service today is the more family-friendly Marvel’s Agents of S.H.I.E.L.D., which previously aired on ABC.

While Luke Cage, Jessica Jones, The Punisher and Iron Fist are gone from the MCU — for now, at least — Daredevil stars Charlie Cox and Vincent D’Onofrio are still an active part of it.  Cox, who plays blind lawyer Matt Murdock, moonlighting as the titular red-suited vigilante, had a surprise cameo in Spider-Man: No Way Home, while D’Onofrio’s hulking criminal genius Wilson Fisk, aka Kingpin, recently showed up in Hawkeye.  Marvel also recently all but promised fans soon will see even more of Cox as Daredevil.

Linda Ronstadt’s “very glad” about her hit song’s ‘The Last of Us’ boost, but won’t see any money from it

NBC’s ‘The Blacklist’ to end with season 10