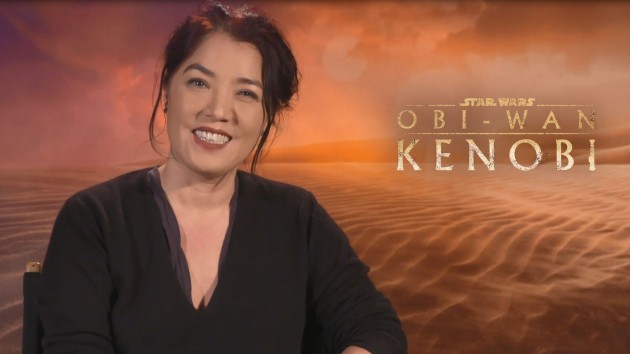 (SPOILERS) On Wednesday, the third episode of Obi-Wan Kenobi dropped on Disney+. Without giving too much away, it marks the first time Hayden Christensen and Ewan McGregor shared the screen since 2005’s Episode III – Revenge of the Sith.

The series takes place 10 years after the events of Episode III, which closes with a mortally wounded Vader being encased in his menacing black life support suit.

And while in 1977’s Star Wars: Episode IV – A New Hope Vader says he hasn’t faced Kenobi since he was “but the learner” — some seven years before the show takes place — the series’ third episode presents something different.

And that’s the danger of dabbling in “canon,” or established lore, something Chow tells ABC Audio was the “biggest challenge” of Obi-Wan Kenobi.

” … obviously we do have these huge iconic characters and we’re in between two trilogies. So, you know, for us we were very much trying to respect the canon and, you know, not break anything. But at the same time, we also needed to tell a new story and tell something original. So it was really just kind of about trying to find that balance with the show.”