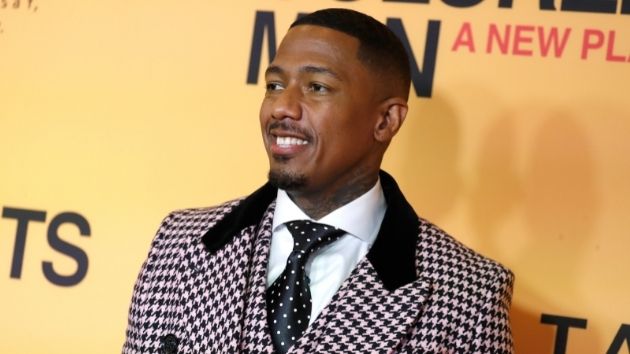 It seems congratulations are in order for Nick Cannon — again — because he’s expecting a baby with quarterback Johnny Manziel‘s ex Bre Tiesi.

On Sunday, pictures obtained by TMZ seem to show Cannon, 41, and Tiesi, 30, hosting what appeared to be a gender reveal baby shower in Malibu, Calif. The two were seen gathered with an intimate group of friends and surrounded by pink and blue balloons. The talk show host was also photographed cradling Tiesi’s baby bump as she rocked a form-fitting white strapless dress and heels.

As for the sex of the baby, party poppers sprayed out blue confetti revealing it’s a boy.

This will be the eighth child for The Masked Singer host. He currently shares 10-year-old twins Monroe and Moroccan with his ex-wife, Mariah Carey; son Golden, four, and one-year-old daughter Powerful Queen with Brittany Bell; Twins Zion Mixolydian and Zillion Heir, who were born in June, with Abby De La Rosa. Zen, his son with model Alyssa Scott, died at five-months-old, he announced in December.

This will be the first child for Tiesi, who recently finalized her divorce from Manziel.

“I’m having these kids on purpose. I don’t have no accident,” Cannon admitted on his radio show last year. “Trust me, there’s a lot of people that I could’ve gotten pregnant that I didn’t. The ones that got pregnant are the ones that were supposed to get pregnant.”

John Legend and Chrissy Teigen are expecting another baby: “Joy has filled our hearts again”

John Legend and Chrissy Teigen are expecting another baby, “Joy has filled our hearts again”