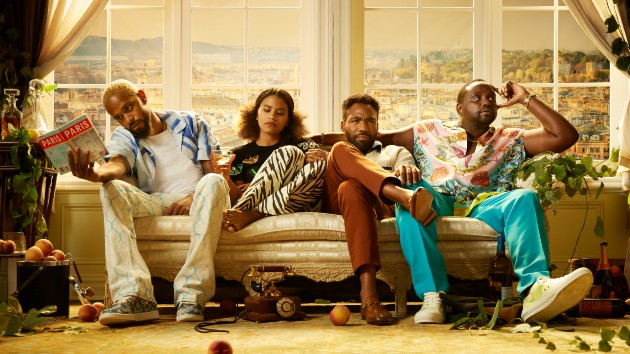 FX announced in a brief teaser that the fourth and final season of the hit show, which brings the crew back to their home city, will premiere in September.

If it feels like a quick turnaround, that’s because season three ended in May. The final two seasons were shot back-to-back.

Donald Glover, Zazie Beetz, Brian Tyree Henry and LaKeith Stanfield were featured in the short video, all standing in front of a liquor store surrounded by references to episodes from the first three seasons of the show – including everything from a hair salon stylist to Uncle Willy’s alligator.

Are the Golden Globes coming back to NBC?

The team jockeys for leadership in season 13 trailer of ‘Archer’

Season 31 of ‘Dancing with the Stars’ hitting Disney+ September 19

‘Shades of Grey’: Ellen Pompeo will only appear in 8 episodes of ‘Grey’s Anatomy’ new season

In Brief: ‘Atlanta’ drops trailer for final season, and more