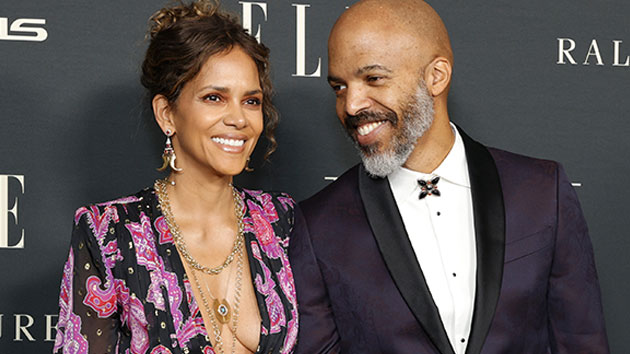 Halle Berry has been married three times, and on New Year’s Day, she had people all around the world convinced she had tied the knot for a fourth time.

The Oscar and Emmy winner shared a pair of pictures of with her boyfriend, Van Hunt, captioning the images, “well…IT’S OFFICIAL!” The first snapshot featured the couple sharing a kiss at an altar overlooking the water below.

On Sunday, the Bruised star admitted it was a joke.

“We were just having some New Year’s Day fun!,” Berry wrote. “Thank you for the well wishes, tho’, it really touched our hearts.” Halle was previously married to baseball star David Justice, singer Eric Benet and actor Olivier Martinez. Berry announced on Instagram in September 2020 that she was in a relationship with Hunt.

In other news, People are speculating that Lori Harvey may be pregnant, based on her New Year’s Eve Instagram post about her boyfriend, Michael B. Jordan. The model shared a boomerang of herself and Michael in a now expired Instagram story, with the comment “Babydaddy.” She also posted a series of photos of them hugging and kissing. The couple celebrated their one-year anniversary in November.

Finally, congratulations to Ice-T and his wife Coco, who celebrated their 21st anniversary together on New Year’s Eve.

“Cheers to a lifetime with you! I love you my boo boo,” Coco captioned a photo of herself sitting in her husband’s lap. The couple married in January 2002 and have a five-year-old daughter, Chanel.

Michael John Warren learned he was directing ‘Spring Awakening: Those You’ve Known’ a week before filming

‘My Big Fat Greek Wedding’ is 20: Nia Vardalos shares lesson she learned from making the film