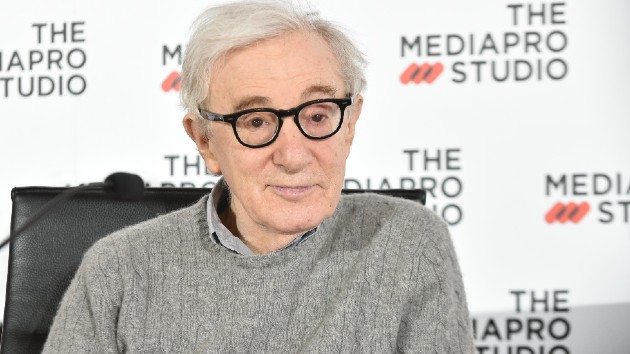 As it turns out, Woody Allen will continue to make movies.

In an interview with Spanish newspaper La Vanguardia, the Oscar-winning Annie Hall writer-director said he wants to move away from filmmaking and concentrate more on his writing.

However, a rep for the 86-year-old says that’s not the case. “Woody Allen never said he was retiring, nor did he say he was writing another novel,” the statement begins.

“He said he was thinking about not making films as making films that go straight or very quickly to streaming platforms is not so enjoyable for him, as he is a great lover of the cinema experience.”

The message concludes, “Currently, he has no intention of retiring and is very excited to be in Paris shooting his new movie, which will be the 50th.”

That movie, WASP 22, is being filmed entirely in French.

The controversial filmmaker still enjoys a warm reception overseas, and he has already shot a handful of his movies in Europe, including the Oscar-winning Vicky Cristina Barcelona.

Stateside, however, Allen’s career suffered from allegations he sexually abused his adoptive daughter Dylan Farrow when she was a child: Amazon canceled a multimillion contract with him, and several of his former cast members have denounced him, including Oscar-winning Mighty Aphrodite star Mira Sorvino, who apologized personally in a letter to Dylan.

Incidentally, in an Instagram Live interview with former collaborator Alec Baldwin back in June, Allen admitted of moviemaking, “A lot of the thrill is gone … [N]ow you do a movie, you get a couple weeks in a movie house … and it goes right to … streaming.”

No, Brad Pitt isn’t retiring: “I really need to work on my phrasing”