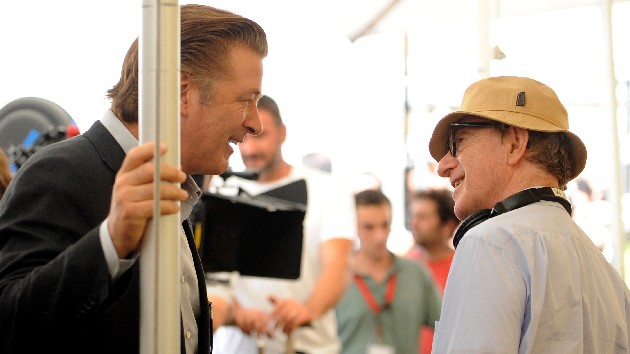 On his Instagram account, Alec Baldwin announced via video that he will interview another controversial star, Woody Allen, and Baldwin says he “could not care less” about anyone who has a problem with that.

The actor is no stranger to controversy himself, in light of the investigation into the 2021 fatal shooting of cinematographer Halyna Hutchins on the set of Baldwin’s movie, Rust. Baldwin, a producer of the movie and the man holding the pistol when the fatal shot was discharged, is also named in a wrongful death suit.

Regarding his interview subject, Baldwin made reference to the 2021 HBO documentary film, Allen v. Farrow, which detailed allegations Oscar-winner Allen sexually abused his adopted daughter, Dylan Farrow, when she was a child.

Allen has repeatedly denied the allegations, which first surfaced in 2013, but his career was upended during the height of the MeToo movement: Amazon Studios cancelled a multi-million dollar contract with the filmmaker, leading him to sue for breach of contract in 2019.

For his part, Baldwin captioned his video, “Let me preface this by stating that I have ZERO INTEREST in anyone’s judgments and sanctimonious posts here. I am OBVIOUSLY someone who has my own set of beliefs and COULD NOT CARE LESS about anyone else’s speculation. If you believe that a trial should be conducted by way of an HBO documentary, that’s your issue.”

Baldwin will conduct the interview with Allen on Instagram live on Tuesday at 10:30 a.m. Eastern time.

‘Love Is Blind’ couple Iyanna and Jarrette are divorcing

Adrienne Bailon welcomes son Ever James with husband Israel Houghton: “We are so in love”

Corbin Bleu reveals how the ‘High School Musical: The Musical: The Series’ helped him fall back in love with performing