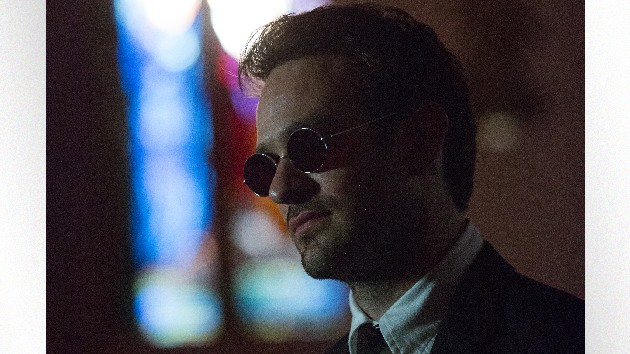 (SPOILERS AHEAD) Among the multiverse mash-ups that helped make Sony’s Spider-Man: No Way Home one of the highest-grossing movies of all time was Charlie Cox returning as Matt Murdock, the blind lawyer who moonlights as the Marvel hero Daredevil.

Cox’s portrayal of the vigilante and his tortured alter-ego was a fan favorite, as was the Netflix series that ended in 2018 after three seasons, so seeing Cox back on the big screen playing the legal counsel for Tom Holland‘s Peter Parker in one scene was a huge moment.

Cox tells The Hollywood Reporter that the secret cameo started with a phone call from Marvel Studios head Kevin Feige way back in 2020 — which Cox initially thought was a prank. “It was a pretty surreal moment, I’m not going to lie,” the British actor tells the trade. “Kevin said, ‘…I wanted to make sure that you, in principle, are interested.’ And I was like, ‘I’m very interested."”

Cox recalls, “And then I didn’t hear from anyone for two months. And I got to the point where I wondered if I dreamt it.”

Thankfully, it wasn’t a dream — except for fans, when Murdock’s brief appearance solidified Cox’s, and Daredevil’s, official entry into the Marvel Cinematic Universe. Director Jon Watts even built in a few seconds’ pause in the dialog in anticipation of the audience reaction to Murdock’s surprise appearance.

“It’s a big moment, not just for me, but for the character,” Cox explains, anticipating the scene would be “great for Matt…I feel attached to him, even though that sounds a bit strange.”

“MAY TH_ FORC_ B_ WITH YOU”: ‘Wheel of Fortune’ looking for contestants for ‘Star Wars’-themed shows

‘Creed III’ star and director Michael B. Jordan gets carried away in ‘SNL’ promo