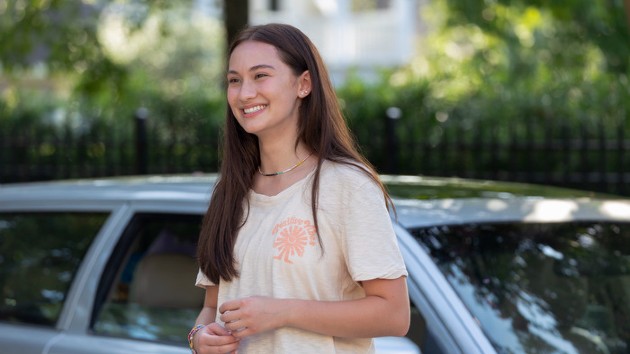 Get ready for a comforting coming-of-age at the beach.

The seven-episode binge follows Isabel “Belly” Conklin, played by newcomer Lola Tung, a 16-year-old who finds herself in a love triangle between two boys who just so happen to be brothers.

It’s based on the series of books by To All the Boys I’ve Loved Before creator Jenny Han, who told ABC Audio that throughout the show’s casting process, she just knew Tung had to be Belly.

“I knew Lola was right when I couldn’t stop thinking about her,” Han said. “I really felt like there was something sort of special about her that made me just care about her and want to watch her on-screen.”

Similarly, Tung found there was something special about Belly. “She’s only a couple years younger than I am. I think that her story and her character are such a wonderful portrayal of teenage girlhood and all of the emotions that you’re feeling,” Tung said.

“I related to that a lot,” she continued, “because I’m 19. I’m not too far off from her age, and I remember those feelings. And I still feel most of those feelings.”

Many of Belly’s emotions center around the boys of the love triangle – Conrad (Christopher Briney) and Jeremiah (Gavin Casalegno). And, as far as the relationship wars go, Tung doesn’t lean one way or the other, but she’s looking forward to seeing the fans’ reactions.

“The beauty of it and the magic of it is that everyone has their own opinion and their own take on it,” she said. “I’m excited to see what people think, but I think there’s special things about both Conrad and Jeremiah.”

Sigourney Weaver talks all about her new drama ‘The Good House’

Oscar-bound? Brendan Fraser scores another trophy for ‘The Whale’

Props and more from ‘The Walking Dead’ hitting the auction block