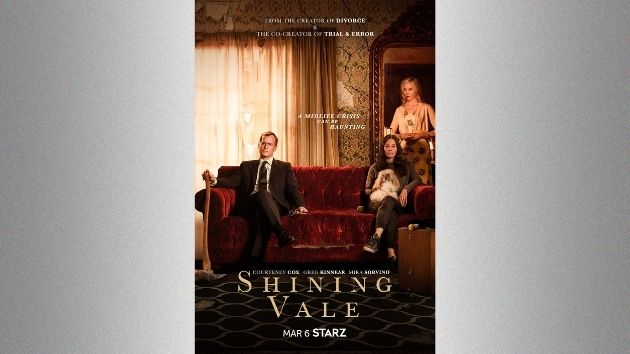 Horror and comedy collide in the Starz series Shining Vale, airing Sundays. Courteney Cox and Greg Kinnear star as Patricia “Pat” Phelps and her husband Terry — a couple that moves their whole family into an old home that turns out to be haunted.

“I think what [show creators] Jeff Astrof and Sharon Horgan have done has this really combination of comedy and drama and horror that is so deftly connected and complicated and funny,” she shares.

Not only did she love the combination of genres, when it comes to her role, Light says she was drawn to it because she found it “compelling” how Astrof and Horgan packed so many topics into the character.

At the end of the day, Shining Vale is a completely fictional series, however Light shares that she does believe in the paranormal.

“I know that there is paranormal beyond what we know in this body, this tactile connection, that there is something else,” Light adds.

Peta Murgatroyd opens up about fertility struggles after three miscarriages

‘King Richard’ star Aunjanue Ellis opens up about being bisexual

Sophie Turner opens up about expecting baby no. 2 with Joe Jonas