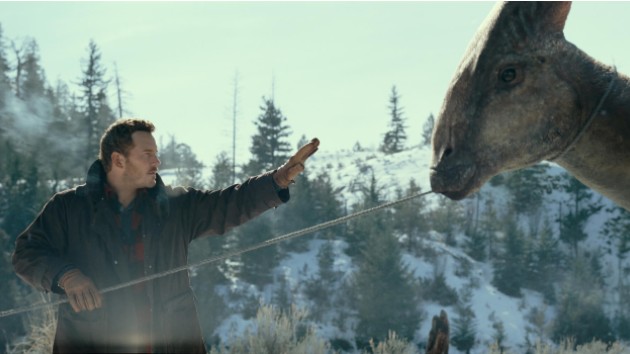 Jurassic World: Dominion’s estimated $58.7 million haul was enough to top the domestic box office for the second week in a row, thanks to a less than stellar showing from Disney-Pixar’s animated Lightyear. The Toy Story spinoff didn’t quite make it to infinity and beyond, only managing an estimated $51 million for a second-place finish. That’s significantly shy of the $70 million to $80 million debut pundits were forecasting.

Meanwhile, Top Gun: Maverick slid to third place with an estimated $44 million for a four-week total of $466.2 million at the North American box office. It also continued to perform well overseas, where it has collected $419 million. It’s worldwide total gross currently stands at $885.2 million.

Fourth place belongs to Disney-Marvel’s Doctor Strange in the Multiverse of Madness, which earned $4.2 million. Its seven-week domestic tally now stands at $405.1 million, to go along with $537.4 million overseas. Its current global total gross now stands at $942.5 million.

Rounding out the top five is The Bob’s Burger Movie with an estimated $980,000. Its four-week domestic haul now sits at $29.8 million to go along with $2.1 million overseas, for a total gross of $31.8 million worldwide.

‘Bullet Train’ speeds to #1 at the box office with $30.1 million weekend

‘Minions’, ‘Thor’ push monthly box office past $1 billion for the first time since the pandemic began