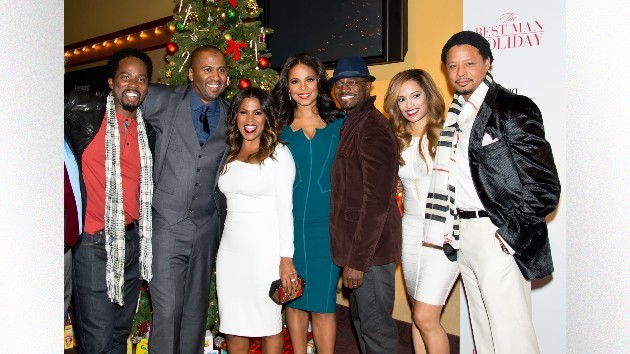 Following The Best Man in 1999 and its sequel in 2013, the franchise has evolved into a streaming series that will premiere in December on Peacock. A third film, The Best Man Wedding, was planned for 2016, however, Malcolm D. Lee, who directed both movies, created the series after finances prevented the film’s production.

“We couldn’t get a movie together with the budget that we really needed, and it was hard to get everybody’s schedules. And so what the series allows us to do is just to allow them to chew more scenery and tell us some unfinished stories,” Lee tells Vibe. “So those are the main things that I think are really good about making it more than just a two-hour movie.”

In the trailer which was released this week, writer Harper Stewart, portrayed by Diggs, learns that his book Unfinished Business is being adapted into a film.

In the first film, when football star Lance Sullivan read in the book that his friend Harper had slept with his fiancée Mia Morgan before they were engaged, Lance became so angry, he attacked the writer and nearly threw him off a hotel balcony.

In The Best Man Holiday, the two men ended their feud, and Harper wrote Lance’s biography, God, Family and Football. However, now in The Final Chapters, Harper is worried about how Lance will react to Unfinished Business becoming a movie.

All eight episodes of The Best Man: The Final Chapters are set to premiere December 22.