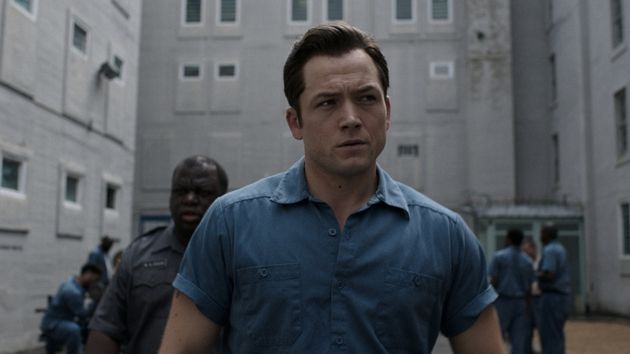 Black Bird, starring Taron Egerton and the late Ray Liotta, premieres Friday on Apple TV+. It tells the true story of a convicted drug dealer, played by Egerton, who can go free if he gets a confession from a serial killer and finds out where his victims are buried. Egerton tells ABC Audio why the role was hard to pass up.

“It wasn’t something that I had done before and felt like, I guess, you know, the roles that I’m known for are all British roles,” he explains, adding “there was certainly an appeal in playing not just the kind of archetypal kind of American hero role, but like a real three dimensional, complex, nuanced character from a very specific part of the country.”

I Tonya’s Paul Walter Hauser plays the serial killer whose confession Egerton is trying to obtain in the series.  Hauser shares the secret to playing an effectively creepy character.

“You have to be willing to do an improvisational take or try something different without judging yourself because it might be brilliant and the editor might use it, and your self-doubt or your insecurity would stop you from giving your best work,” he shares. “You have to find the brilliance sometimes. You don’t just show up killing it. You got to find it most days.”

Asked whether the role gave him nightmares, Hauser says, “I have nightmares all the time, regardless of the content I’m making. So this is just like an extended nightmare where you get to live it throughout the day.”