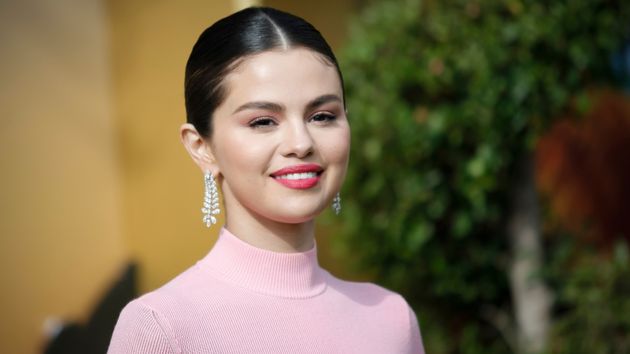 Selena Gomez and Hailey Bieber have seemingly shut down rumors that there is any beef between them.

The pop star, 30, and model, 25, were photographed together at the 2022 Academy Museum Gala on Saturday and appeared to be in good spirits, flashing smiles in each of the pics.

Tyrell Hampton, who captured the snapshots, shared one to his Instagram along with the caption, “plot twist.” In the photo, Selena holds Hailey’s leg as they lean into close for the shot.

The pictures come less than two weeks after Hailey’s bombshell interview on the Call Her Daddy podcast where she denied that she “stole” her husband, Justin Bieber, from Selena.

Justin proposed to Hailey in July 2018, two months after he and Selena parted ways for good, prompting “Jelena” fans to call Hailey a “homewrecker.” Hailey said, “The only people that really know the truth of the situation and what the timeline really was and how it happened and how it went down are me and him.”

“I can say, period, point blank, I was never with him when he was in a relationship with anybody. That’s the end of it,” Hailey declared. “I was raised better than that.” She added Justin choosing to “move on” with her “was the most healthy, mature decision he could have made.”

“Can this honestly get any better?”: Selena Gomez reveals Meryl Streep has joined ‘Only Murders in the Building’

Cropping out with the Kardashians? Christmas photo draws Photoshop hisses

The man in the hat is back: Harrison Ford in first photo from fifth ‘Indiana Jones’ movie