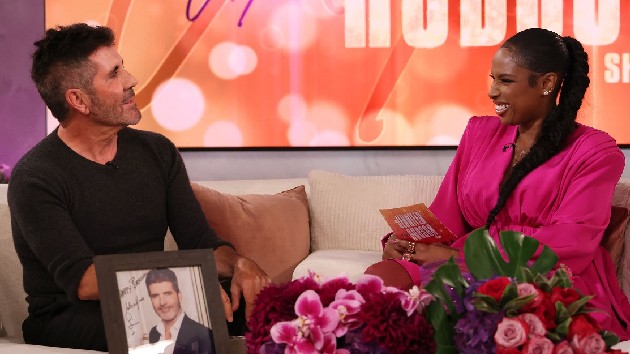 It’s arguably hard to remember now, seeing as she’s got EGOT status to her name, but Jennifer Hudson only placed sixth on American Idol.

On the debut of The Jennifer Hudson Show Monday, in their first sit down since her less-than-stellar performance, JHud chatted with Simon Cowell about that fateful elimination.

“That night, I will never forget,” said the tough-talking former Idol judge. “I was thinking, ‘Who chose stupid Barry Manilow Week?” Cowell said, rolling his eyes. “Wasn’t me!”

Hudson recalled the song she performed was “Weekend in New England,” about which Cowell recalled thinking, “Not a great song.”

Hudson then said Cowell “flipped the script” on her by asking her a deep question: “If you were going to go back in time, would you have changed the song, or kept things the way they were?”

Hudson said no: “Because that song led me to get Dreamgirls, hon.” Hudson won a Best Supporting Actress Oscar for the 2006 film.

Hudson explained, “By the time I was eliminated, I felt like I got an opportunity to display who I was as an artist, so I was OK with being eliminated.”

JHud added, “Too often people give up and think that’s the end of the road and I said, ‘No, I’ll be back. And I don’t know when, I don’t know how, but I will sing my way to it."”