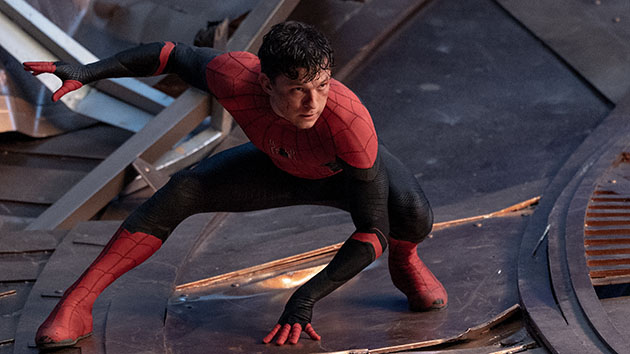 Sony-Marvel’s Spider-Man: No Way Home dominated the box office for the third weekend in a row, earning an estimated 52.7 million dollars to push its three-week domestic take to 609 million. That makes it the tenth-highest-grossing domestic release in history, just edging out 2018’s Incredibles 2.

Sing 2, while earning an estimated $19.6 million in its second week of release, was caught in Spider-Man’s web, settling for second place. The animated sequel has tacked on an estimated $54.9 million internationally so far, bringing its worldwide tally to $144.6 million.

Third place belonged to the prequel to the Kingsman action franchise, The King’s Man, earned an estimated $4.5 million in its second weekend. Its stateside haul now stands at $19.5 million, to go along with an estimated $28.3 million internationally, putting its global box-office total at $47.8 million.

Finishing in fourth place was the sports drama American Underdog, grabbing just short of $4.1 million in its second week of release. American Underdog, which has delivered a total of $15 million so far here in the states, has yet to open outside the U.S.

Rounding out the top five was The Matrix Resurrections, which continued to struggle, taking in an estimated $3.8 million. The fourth film in the Matrix franchise has only managed to scratch out $30.9 million after two weeks. The film had better luck overseas, where it’s pulled in $75.1 million to date.