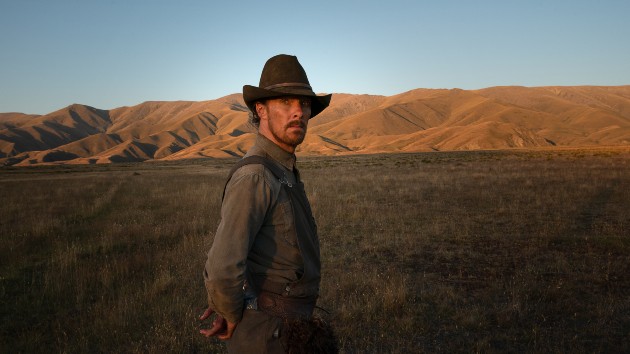 For some lucky stars, they might be receiving a wake-up call today that they won’t mind getting: The Oscar nominations will be announced at 8:18 a.m. Eastern time/5:18 a.m. Pacific.

Emmy-nominated black-ish star Tracee Ellis Ross and Emmy-winning The Help veteran Leslie Jordan will do the honors later this morning, presenting nominations for all 23 categories live via a livestream on Oscars.org and the Academy’s social media sites.

This year, the western The Power of the Dog has racked up various wins, including Best Film at the Venice Film Festival, and the Best Film trophy at this year’s mostly ignored Golden Globes. Its lead Benedict Cumberbatch is a likely candidate for a Best Actor nomination, but the Oscars have been known for its surprises, too.

Tick, Tick…Boom!’s Andrew Garfield could also be recognized, after a year in which the Hacksaw Ridge Best Actor nominee logged three lauded performances: One in the acclaimed Lin-Manuel Miranda-directed musical Tick, Tick…Boom!, as well as his performance as televangelist Jim Bakker in The Eyes of Tammy Faye, and as one of three Peter Parkers in 2021’s biggest movie, Spider-Man: No Way Home.

Similarly, could Will Smith pick up another nomination, this time for King Richard? Could critic favorite Licorice Pizza get a ticket to the Big Dance, or will Oscar shower more La La Land-type love on the musicals Tick, Tick…Boom! and West Side Story? And could House of Gucci be nominated for a Razzie AND an Oscar?

The 94th Annual Academy Awards will air live on March 27 on ABC.

In Brief: ‘Teenage Mutant Ninja Turtles’ headed back to the movies, and more