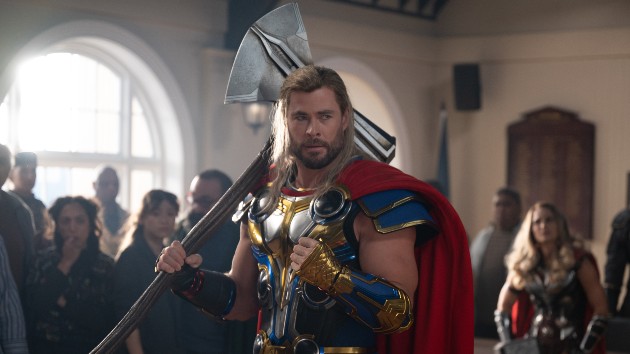 One of the summer’s biggest hits, Thor: Love and Thunder, is coming home.

The Taika Waititi-written and directed fourth Thor film will hit digital streamers for purchase, and free for Disney+ subscribers, on September 8.

Marvel Studios also announced its ongoing Assembled series will drop a new chapter, on the making of Love and Thunder, on September 8.

The September 27 releases will come packed with the usual supplemental materials, including a gag reel, and featurettes about the making of the movie that include interviews with the cast and the filmmakers who helped bring the movie to life.

Since its debut in theaters July 8, Thor: Love and Thunder has grossed $738 million worldwide, making it the sixth-highest-grossing movie of 2022 so far.

The ‘Maybe I Do’ cast on romantic comedies, marriage and love languages

Can we BE any more in love? Brach’s introduces ‘Friends’-themed candy hearts