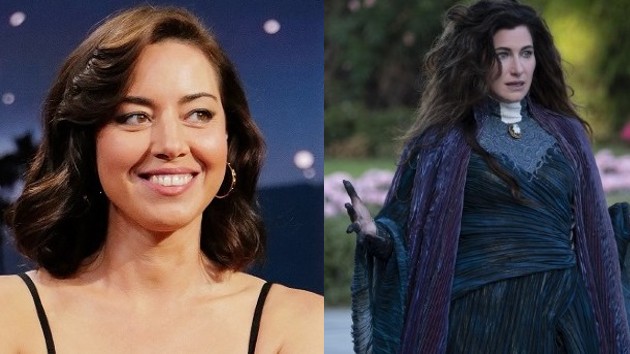 Aubrey Plaza is joining her Parks & Rec hubby Chris Pratt in the Marvel Cinematic Universe. The website The Illuminerdi first broke the news that the Emily the Criminal and White Lotus star will appear in Agatha: Coven of Chaos, the Emmy-winning WandaVision spin-off bound for Disney+.

The Hollywood Reporter added Thursday that Emma Caulfield, who played a nosy neighbor to Elizabeth Olsen‘s Wanda Maximoff and Paul Bettany‘s Vision in the hit, is also back for the spin-off.

The actor confirmed that news himself via Instagram, noting he “screamed” when Marvel Studios emailed him to officially welcome him into the Marvel Universe. Officially, Marvel Studios remains publicly mum on most of its casting news, including for the 2023 series.