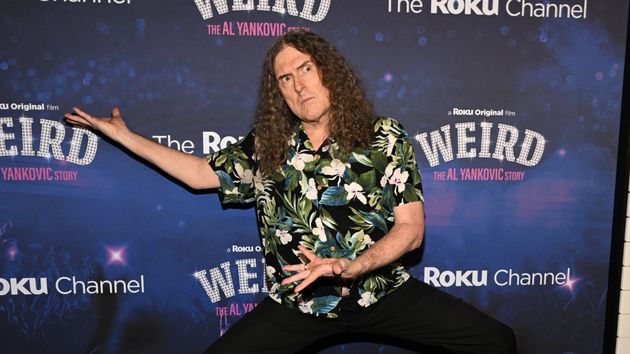 Weird Al tells ABC Audio he had second thoughts about putting the word “weird” in his name when he first started, but it turns out he made the right call.

“I’ve heard from so many people that the fact that I called myself Weird Al was empowering to them because they felt like they were outcasts or freaks or didn’t fit in in some way. And the fact that I was owning my weirdness meant a great deal to them,” he shares.

That acceptance didn’t come overnight for Al, who recalls, “…when I was growing up, it wasn’t cool to be a nerd. Now people are like bragging about their nerd cred, like, oh, I’ve always been a nerd. And I think that weirdoes, as it were, are maybe more accepted today. I think it’s okay to be different these days.”

Daniel Radcliffe, of Harry Potter fame, stars as the world’s most famous accordion player in the comedy film, and says Weird Al left him to his own devices when it came to the portrayal, except for one thing.

“The only advice that he really gave and the only notes that he gave was about the accordion,” he reveals. “I think that was sometimes the thing he was most concerned about was that like, it’s my life story, can I please not look crap at playing the instrument that I’ve always played.”

So how does Al rate Daniel’s performance? “He nailed it. He was amazing.”