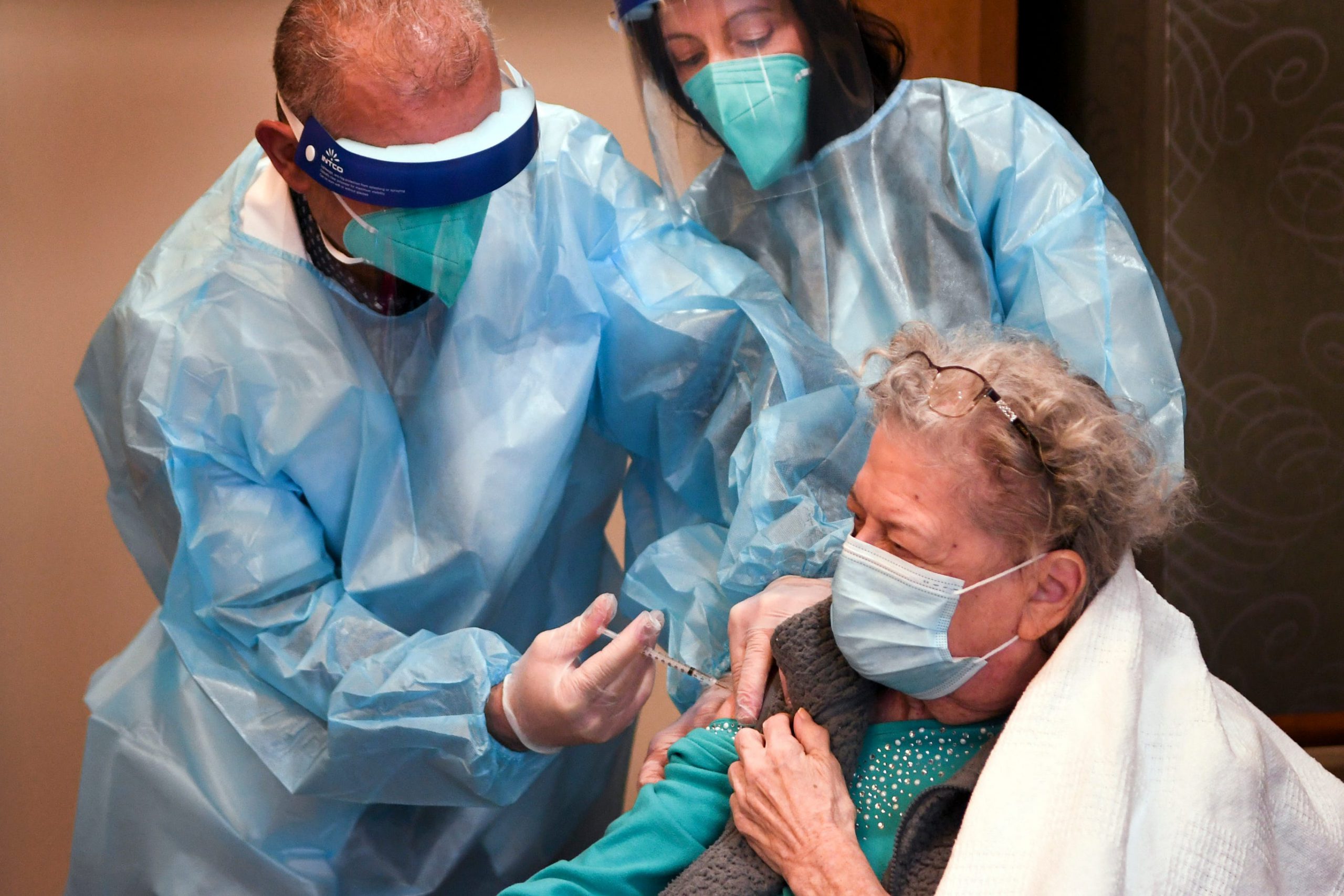 Five percent of unvaccinated adults say they have left a job due to a vaccine mandate, according to a survey released Thursday by the Kaiser Family Foundation.

This early read on whether workers will actually quit their jobs over mandates comes as more employers are requiring shots. One-quarter of workers surveyed by KFF in October said their employer has required them to get vaccinated, up from 9% in June and 19% last month.

President Joe Biden announced in September a mandate for businesses with 100 or more employees to ensure workers are vaccinated against Covid or tested weekly for the virus. The mandate, which is currently still under review, is estimated to cover roughly two-thirds of the private-sector workforce once it’s implemented.

UNVACCINATED NYPD COPS MUST GET JAB TO GET PAID, JUDGE RULES

A Staten Island judge on Wednesday shot down a last-minute attempt by the NYPD’s largest police union to fight the city’s mandate ordering cops to get jabbed this week.

Richmond County Supreme Court Judge Lizette Colon ruled that Mayor Bill de Blasio can enforce his COVID-19 vaccine mandate that requires all city workers, including members of the NYPD, to get their first dose by Friday 5 p.m. — or else be placed on unpaid leave. The head of the Police Benevolent Association said though union lawyers will be in court on Thursday to appeal the ruling to New York’s Appellate Division as the hours tick down to the deadline.

300,000 US COVID deaths could have been averted through vaccination, analysis finds

Just 18% of parents willing to vaccinate their kids under 5 right away: POLL