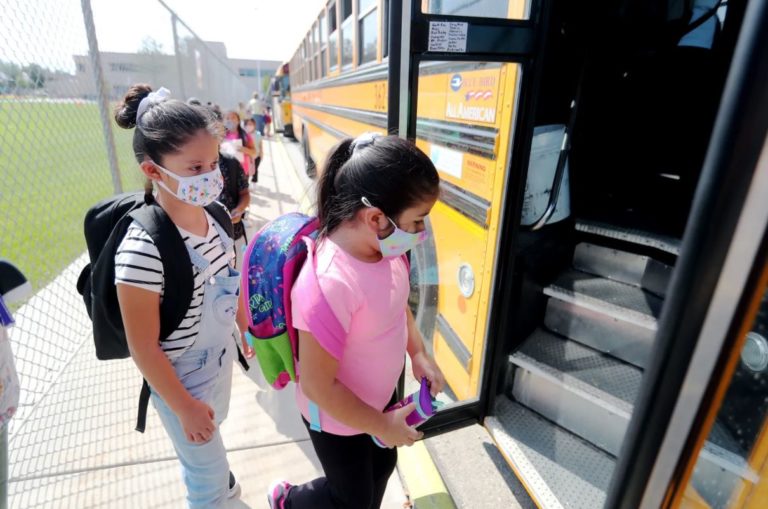 Kids accounted for more than one-fifth of total COVID-19 cases in the U.S. for the week ending August 26, according to data from the American Academy of Pediatrics and the Children’s Hospital Association.

Last week, children made up 22.4% of the reported cases. That’s higher than the overall total average of child cases during the pandemic, which is 14.8 of total cumulative cases. The report also noted that in the two weeks from Aug. 12 to Aug. 26, there was a 9% increase in the cumulative number of child cases.

The increase comes as children have begun in-person schooling, for the first time since the pandemic began in many cases. The ages that individual states consider to be a “child” case vary, but children under 12 are currently ineligible for COVID-19 vaccines. Dr. Rochelle Walensky, director of the Centers for Disease Control and Prevention, said Thursday that new studies to be released Friday show hospitalizations in kids were four times higher in states with low vaccination rates in the month of August.

Cooper’s ruling was automatically stayed by the appeal. DeSantis, a Republican, said at a news conference earlier this week that he is confident the state will win on appeal by linking the mask mandate order to the Parents Bill of Rights law. That law, the governor said, reserves for parents the authority to oversee their children’s education and health. Cooper found, however, that the Bill of Rights law exempts government actions that are needed to protect public health and are reasonable and limited in scope — such as masking students to prevent the spread of COVID-19 in schools.