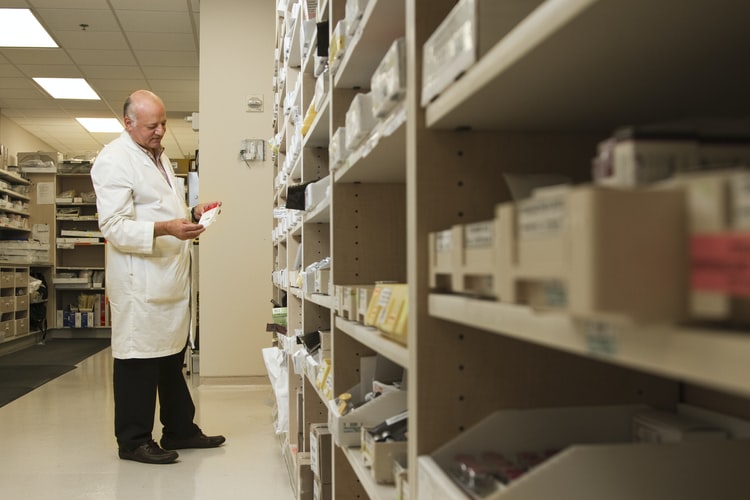 Merck and its partner Ridgeback Biotherapeutics LP said their experimental Covid-19 pill helped prevent high-risk people early in the course of the disease in a pivotal study from becoming seriously ill and dying, a big step toward providing the pandemic’s first easy-to-use, at-home treatment.

The pill cut the risk of hospitalization or death in study subjects with mild to moderate Covid-19 by about 50%, the companies said Friday. The drug, called molnupiravir, was performing so well in its late-stage trial that Merck and Ridgeback said they stopped enrolling subjects after discussions with the U.S. Food and Drug Administration. The results put molnupiravir on track to potentially be authorized by the end of the year and to finally provide an option for doctors who have spent the pandemic seeking a drug that infected people could easily take at home to prevent them from becoming hospitalized. Merck plans to ask the FDA to authorize the drug’s use in the coming weeks, Chief Executive Rob Davis said.

A group of lawsuit plaintiffs, including four Air Force officers and a Secret Service agent, have asked a federal court to block the Biden administration’s coronavirus vaccination mandates, declaring, “Americans have remained idle for far too long as our nation’s elected officials to continue to satisfy their voracious appetites for power.”

The lawsuit, filed Sept. 23 in U.S. District Court in Washington, seeks an injunction that would halt vaccination requirements announced recently for millions of workers in federal executive-branch agencies, including contractors, as well as U.S. troops. Although people with legitimate religious or medical objections are exempt from the immunization policies, officials said, the 10 plaintiffs allege that the mandates, enacted by President Biden and Defense Secretary Lloyd Austin, violate the First Amendment’s guarantee of religious freedom and are prohibited by federal laws.