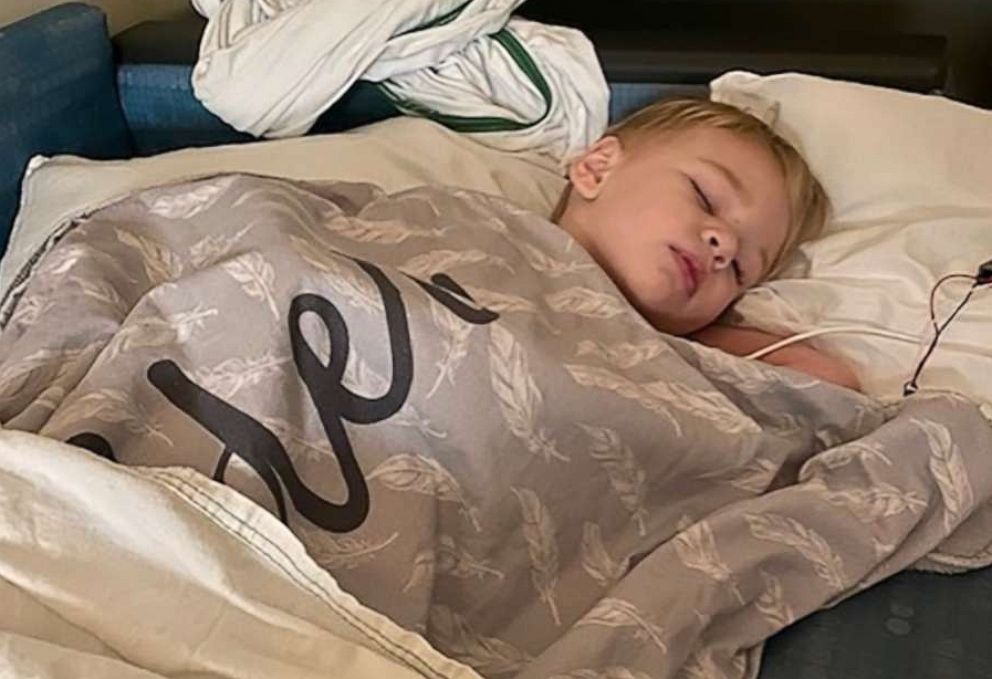 (MIDDLETOWN, Ohio) — An Ohio family is speaking out to share their son’s battle with three different viruses as respiratory infections spike in children across the country, filling up hospital beds.

It all started when the Jackson family, from Middletown — about 35 miles north of Cincinnati — returned from vacation to Walt Disney World the first week of September.

Their 2-year-old son, Wilder, tested positive for flu when they got back. The infection ran its course and he seemed to have recovered.

Wilder, however, started developing fevers again, his parents said. They would give him Motrin and Tylenol to feel better, but the fevers kept coming back, on and off again for about six weeks, they said.

When his fever spiked to 103 degrees on Friday night, the family went to the ER at Cincinnati Children’s but were told “it’s just a virus,” his mother, Ciara, told ABC News.

“They took his temperature twice and then sent us home — because his fever had broken — because we had given them Tylenol,” she continued.

By Sunday night, Wilder’s fever had reached 105, which was followed by fever dreams.

“He started actually hallucinating,” Ciara said. “Thinking he was outside. We were inside on the couch, and he was saying, ‘I want to go inside. I need to get away from the dinosaur."”

She continued, “He would look at like spots on the ceiling and just start freaking out and crying and he was shaking. It was kind of like the parental instinct — we need to go in.”

That morning, the family took Wilder to Dayton Children’s Hospital, where doctors were puzzled by the fact that he had a recurring fever and no other symptoms.

Doctors ran tests and when they returned, they diagnosed Wilder with rhinovirus, enterovirus and adenovirus — all at the same time.

Although these common childhood viruses are usually mild, they can be more severe when they occur simultaneously.

“They think adenovirus was the virus that was wreaking havoc in him,” Ciara said.

Wilder was transferred from Dayton Children’s ER campus to the center’s main campus in downtown Dayton, where the family received the last bed.

“I asked, ‘Can we switch out the crib for a bed?’ And they said, ‘We are out of beds. Like you took the last one.’ We felt very fortunate that we got in,” Ciara said.

Some children’s hospitals are reporting they are operating at or near capacity due to a spike in respiratory infections among children across the country.

“My cousin who works [at Children Dayton’s] said they’re using pre op rooms for regular hospital rooms because they’re running out of space there,” Ciara said.

A Dayton Children’s spokesperson confirmed to ABC News this is accurate and is part of the hospital’s emergency planning.

Wilder was at the hospital until Wednesday morning, after being fever-free for 24 hours.

And it was only a few weeks ago when his 1-year-old sister Frankie was the one who was sick.

Frankie’s common cold was so bad her parents had to take her to the ER, where she stayed for six hours and received IV fluids.

“She tested negative for RSV, flu and COVID — so hers was really just respiratory, like a really bad cold,” Ciara said, adding that her daughter is doing better now.

On whether they have advice for parents, the Jacksons say trust your parental instincts. And wash your hands.

“Hand washing is a big thing,” Ciara said. “And then I would say to just trust your gut and make sure you’re your child’s advocate and just push for answers.”

Added Wilder’s father: “Follow your gut. You know, you know your kid.”

Adele reveals she suffers from sciatica: What to know about the painful condition

Ready to get your family healthy in 2023? See which family-friendly diets are best

COVID hospitalizations at least 3 times higher among seniors than other age groups: CDC