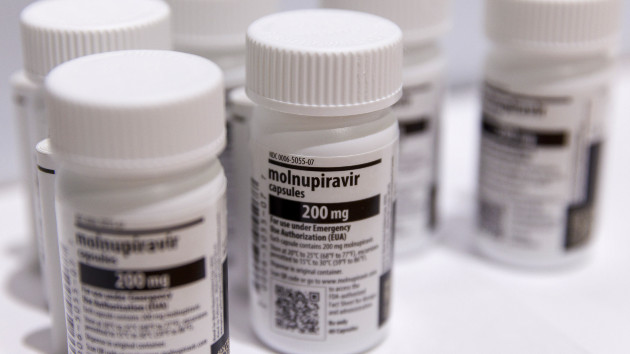 Yet this was the case when the World Health Organization declared the virus to be a global pandemic in March 2020.

There was a need to test both existing medicines and experimental therapies to limit the impact of the disease.

Now, two years later, there are many treatments both for patients who are experiencing mild to moderate symptoms and those who end up hospitalized.

On the second anniversary of the WHO’s declaration, doctors reflected on the evolution of COVID treatments and the variety that are accessible.

Before treatments were available

During the early days of the pandemic, there were no treatments approved, not even for emergency use authorization, by the U.S. Food and Drug Administration.

Doctors said they relied on initial data coming out of China and European countries, including Italy, although these were mostly observational studies rather than clinical trials.

“To be honest, we didn’t know [how to treat patients],” Dr. Cameron Wolfe, an associate professor of infectious diseases at Duke University School of Medicine, told ABC News. “It was pretty awful. I think we had some historical memory of having seen similar viruses when SARS and MERS appeared. So what you saw is folks reaching somewhat haphazardly to drugs that we knew, at least in the test tube or in small clinical trials in those previous viruses, to be effective.”

Several drugs were tested, including some that turned out to have no benefit, including hydroxychloroquine, an anti-malaria drug, and lopinavir-ritonavir, used to treat HIV.

Hospitals worked to get people into randomized control trials or gave drugs under the option of compassionate use.

“In our institution, we actually adopted an approach that we did not use drugs unless it was done under a clinical trial setting,” Dr. Raymund Razonable, an infectious diseases specialist and professor of medicine at the Mayo Clinic, told ABC News.

In May 2020, remdesivir became the first drug approved for emergency use by the FDA to treat patients with severe COVID cases.

Originally conceived as a drug to fight Ebola, remdesivir was found to shorten the recovery time of hospitalized COVID-19 patients in a study run by the U.S. National Institutes of Health.

“That first major trial of remdesivir was kind of the first victory for us,” Wolfe said. “You could feel this palpable like, ‘Wow, we have some success.’ That was very quickly celebrated because, prior to that, there’s something to be said for the sheer anxiety of not knowing the right step forward.”

But limited qualities of the drug were being distributed to hospitals at the time, so doctors had to prioritize giving the treatment to the sickest of patients, experts said.

Clinical trial data was later released showing the drug did not significantly reduce the risk of mortality in severely ill patients but was actually more beneficial when given early in treatment.

“There was this shift, once we saw those data … to the left side of the treatment paradigm, that earlier side, to use the drug before they get critically ill,” Dr. Jason Pogue, a clinical professor of pharmacy at the University of Michigan College of Pharmacy, told ABC News.

Remdesivir is still the only drug with full approval from the FDA to treat COVID, receiving it in October 2020.

Following remdesivir, monoclonal antibodies were the next breakthrough in COVID treatment.

Typically a cocktail of antibodies, they are manufactured in a lab and mimic the antibodies the body naturally creates when fighting the virus.

They bind to the spike protein, which prevents the virus from attaching to — and infecting — cells.

Regeneron’s cocktail was the first to receive emergency use authorization in November 2020.

“Initially there was not a lot of uptake, reason being it’s intravenous, you have to have an infusion facility and the data that was supporting its practice was based on a small trial of roughly 450 patients,” said Razonable.

Several more became available over the next few months, including the combination of bamlanivimab and etesevimab from Eli Lilly and sotrovimab from GlaxoSmithKline.

However, with new COVID variants came mutations to the spike protein, meaning the monoclonal antibodies that used to bind to it no longer did.

“Famously, for example, President Trump was given the Regeneron cocktail when he fell sick, and yet that has no activity against omicron and was taken off the market,” Wolfe said.

Currently, sotrovimab is the main monoclonal antibody used for patients experiencing mild or moderate symptoms because it has been found to be effective against omicron.

If an outpatient clinic runs out of sotrovimab, Razonable said a patient will be given bebtelovimab, a monoclonal antibody from Eli Lilly that received emergency use authorization last month and is also effective against omicron.

One of the most recent advancements in the treatment of COVID-19 patients is the introduction of antiviral pills, including molnupiravir from Merck and Paxlovid from Pfizer.

“Particularly with regards to Paxlovid, the clinical trial data for that were about as good as you can hope for,” Pogue said. “It was an oral therapy that could be used and so it was super encouraging. It was just something that was really an important tool that we knew we would need to hit a greater population in the outpatient setting so that was a big deal.”

Both treatments are given twice daily for five days, with Merck’s being four pills each time and Pfizer’s being three pills each.

While the antiviral pills allow patients to be treated at home rather than in a clinic, Razonable said some patients prefer receiving monoclonal antibodies.

“Many patients actually prefer to use the single-infusion monoclonal, at least in our practice, because it’s one infusion and it’s done and they get better,” he said.

Treatments are not a replacement for vaccines

The experts said despite the advancements in treatments since the start of the pandemic, and the several options that are now available, treatments are not a substitute for getting vaccinated.

They stressed all people should get vaccinated and boosted and that treatments ideally should be relied upon if someone suffers a breakthrough infection.

He added that the available COVID treatments are still very effective and urged people not to wait to get treated if they contract the virus.

“For these therapies to be efficacious, you have to start them in a tight window before you progress significantly,” he said. “If you require supplemental oxygen because of your COVID-19, then you’re no longer eligible for those treatments and you’re already at the point you have to be admitted.”

Pogue continued, “They’re fantastic therapies and I would encourage you to seek them out as they get symptoms, but you have to do it early in the disease to be able to have that effectiveness.”

COVID cases not dramatically rising with schools back in session, but experts say testing is down

Should masks return in fall and winter to prevent a COVID surge?

Nearly 225,000 Americans have died of COVID-19 since the start of 2022 despite viral declines, data shows