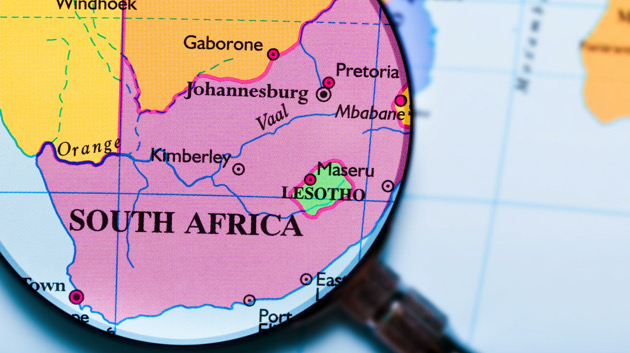 (NEW YORK) — According to the World Health Organization, Lesotho had a cervical cancer rate of 49.9 per every 100,000 women in 2021. An estimated 370 deaths related to cervical cancer were reported in 2019. It is the most common kind of cancer in the country with one of the highest incidence rates in the world.

Until a few months ago, Lesotho’s oncology patients had to make a two-hour trek to Bloemfontein — one of South Africa’s capital cities — Phangisile Mtshali, director of corporate philanthropy at the Bristol Myers Squibb Foundation, told ABC News. The foundation’s president, John Damonti, said the company’s outreach and its nonprofit sector have “evolved” to include cancer treatment in response to the needs of their partners and partner countries sinceits efforts to address HIV/AIDS in some of sub-Saharan Africa’s “hardest-hit countries” in the 90s.

Now in 2022, with the support of the Bristol Myers Squibb Foundation, and the government of Lesotho, Senkatana Oncology Clinic is the first cancer clinic to open in the landlocked country. The foundation awarded the clinic a grant in May 2020 to help with infrastructure, equipment, medicine and training — a little over $1M distributed over three years.

After months of building renovations, it opened its doors to patients in February 2021 before its official inauguration in October.

The clinic has since treated over 20 patients, including many who have cervical cancer, according to clinic staff who spoke with ABC News.

Witnessing firsthand the barriers in access to health care that his own family — who immigrated from Mexico to the United States when he was a child — had to overcome, inspired him to pursue a career in the heath care industry, Nava said. The youngest of five in a first-generation Mexican American family, Nava said the responsibility of translating for his Spanish-speaking mother at medical appointments and stories told to him by his father, a former physician in Mexico, exposed him to inequities that put him on the path to his career as a pharmacist.

“I’ve seen language barriers, economic barriers, transportation barriers affect so many minority communities and for me to finally be in a position where I can give back and you know, ‘walk the walk’ and ‘talk and talk’ has been something I’ve strived for forever,” he said.

Spurred by his family’s experience with health care inequity and his clinical training, he moved to Lesotho with the support of the Bristol Myers Squibb Foundation in July. Nava works there as a postdoctoral associate and pharmacist, and collaborates with Dr. Kabelo Mputsoe, an oncologist.

Mputsoe said her role as a specialist oncologist is “exciting and humbling.”

“Anyone from any family background of any economic status or geographical location can be an instrument of service for other people,” Mputsoe said. She is the daughter of a primary schoolteacher and farmer, and hails from a rural village in Lesotho called Mohlanapeng Thaba-Tseka.

Her expertise is in noncommunicable diseases prevention and control — and cancer prevention.

Cervical cancer is the fourth-most common cancer among women globally. The odds of developing it are six times more likely for women who are HIV positive. Lesotho had an approximate 21% HIV prevalence rate in 2021, directly affecting one in five people, according to the Centers for Disease Control and Prevention.

Additionally, most cases of cervical cancer are linked to HPV. Lesotho’s Ministry of Health announced its relaunch of its HPV vaccination program in April in a move to refocus on prevention.

“Because of high HIV prevalence, incidences there, as a result, we see loads of cervical cancer. It is declared as a disease that can be eliminated. I know we can do it,” Mputsoe said, stressing the importance of screening, early detection and treatment.