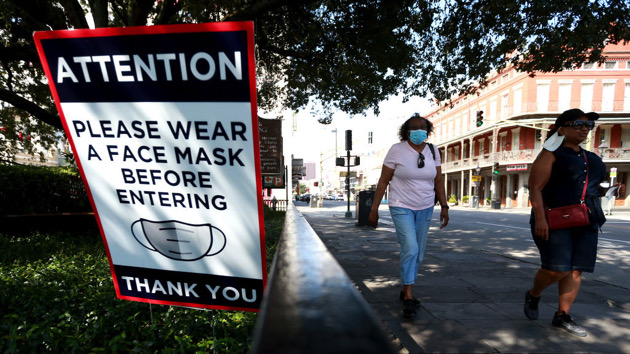 (NEW YORK) — Early in the pandemic, scientists and public health experts leaned on their experience with other viruses to make predictions about COVID-19, hopeful that when enough people developed immunity, the virus would be stopped in its tracks.

But in the years that followed, and even after the introduction of highly effective vaccines, vaccine scientists and public health experts interviewed by ABC News realized COVID-19 is unlikely to completely disappear.

Although herd immunity through widespread vaccination can be a successful strategy for certain viruses, such as those that cause smallpox and polio, scientists no longer consider it an appropriate management strategy for the virus that causes COVID-19, these experts said.

Herd immunity refers to a situation where a virus can’t spread because it keeps encountering people who are resistant to it. As a result, a small number of people who lack resistance can still be protected by the “herd” of resistant people around them, because the virus is less likely to spread to them.

But herd immunity depends on some hidden assumptions. First, that resistant people stay resistant. Second, that resistant (or vaccinated) people cannot transmit the virus. Scientists learned over the past two years that these assumptions do not hold for COVID-19.

Vaccine scientists and public health experts said herd immunity isn’t realistic for COVID-19 because of what we’ve learned about the virus itself.

Chiefly, immunity wanes relatively quickly, and vaccinated people can still transmit the virus, especially when confronted with rapidly evolving new variants. Meanwhile, human behavior has been hard to predict, with a slower-than-hoped vaccine rollout, and constant changes in social distancing hampering scientists’ ability to anticipate and prepare for the future.

Lessons learned about the virus itself

Rarely does a vaccine offer total and complete protection against infection. On the one hand, tetanus shots can stay durable for over 30 years. But for COVID-19, both infection- and vaccine-induced immunity wanes over time.

“When you get a vaccine, it induces two types of immune response,” Dr. Paul Offit, Director of the Vaccine Education Center at Children’s Hospital of Philadelphia, told ABC News. “One response is to make antibodies, which last three to six months. Antibodies can protect against even mild disease.”

Antibodies are proteins that bind to virus particles to inactivate them. They also help prevent people from transmitting the active virus to others since they can bind the virus before it gets to someone new.

“The second response is to make memory B and T cells, which are longer-lived,” Offit said.

Memory cells tend to lay dormant and need a trigger before they start generating antibodies.

The virus that causes COVID-19 has a short incubation period. Most infected people become contagious within the first few days, long before memory cells activate to make antibodies.

Since memory cells eventually act about two weeks in, infections typically won’t progress beyond mild illness. But by then, many folks will have transmitted the virus to others.

“All the vaccines still provide robust protection against severe disease,” Dr. Dan Barouch, virologist and immunologist at Harvard Medical school, told ABC News. “None of the vaccines do a very good job at preventing infection.”

Fewer than 70% of Americans are fully vaccinated two years after vaccines became available. Worldwide, many countries have even worse vaccine coverage.

Leaving reservoirs of unvaccinated people is like leaving flammable material around a forest fire. With plenty of fuel to feed it, the fire keeps burning. Every new infection is a chance for the virus to grow and mutate. Some mutations could confer vaccine resistance.

Going forward, things may shift toward charging a fee, like for other vaccines.

“[Federal] decisions […] on whether or not to extend provisions on the COVID Relief bill will impact whether this shift will take place now or at a later date,” Behlim said.

Experts speculate that real herd immunity could happen if everyone received vaccines every three to six months, so antibodies never waned. But the logistics of vaccine rollouts and booster fatigue concerns make that impossible.

“The only reasonable goal of this vaccine is to prevent serious illness,” Offit said, noting the vastly lower death and hospitalization rates now that more Americans are vaccinated.

As experts shift away from herd immunity to the prevention of severe illness, they say social distancing policies will need to be determined at the local level.

“We have a snapshot of what happened in time, but as people’s behaviors change, those assumptions become less valid and the models tend to erode,” Dr. John Brownstein, ABC News contributor and chief innovation officer at Boston Children’s Hospital, said.

If more virulent and contagious variants appear, epidemiology models will have to change fast.

Genevieve Yang, M.D., Ph.D., is a psychiatry resident in New York City and a contributor to the ABC News Medical Unit.

Vast majority of the youngest Americans remain unvaccinated against COVID

Novavax asks FDA for emergency authorization of its COVID-19 booster

New COVID bivalent vaccine expected in US in the fall