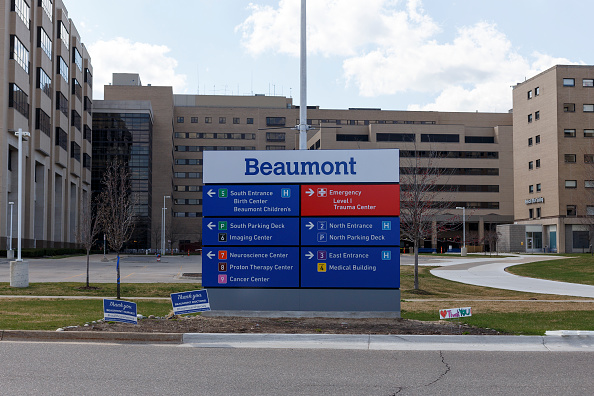 (NEW YORK) — A Michigan hospital system has limited the number of young visitors as cases of respiratory viruses continue to spike throughout the state and the country.

Under a new rule that took effect Monday morning, hospitals under the Corewell Health East system will not allow any visitors under the age of 5 to enter buildings.

The only exceptions will be for certain circumstances, such as if a parent or sibling is severely ill or if there is an end-of-life situation.

Cases of respiratory viruses have been increasing across the United States, mostly linked to respiratory synclinal virus, or RSV, and the flu.

Additionally, over the same period, positive tests for influenza reported to the CDC by clinical laboratories have jumped from 2,083 to 7,504, data shows.

Corewell Health East told local affiliate WXYZ there has been a 500% increase in positive tests for upper respiratory infections among pediatric patients, one of the reasons that led to the implementation of the new rule.

“We’re seeing an unprecedented number of patients in our emergency departments and upper respiratory infection caused by RSV,” Dr. Matthew Denenberg, chief of pediatrics at Corewell Health East, said. “It’s been a really early and severe year for RSV. Worse than any other year that I’ve seen. I’ve been doing this 20 years.”

According to state data, 72.2% of pediatric hospital beds across Michigan are occupied. Denenberg said the pediatric intensive care unit at his hospital has reached capacity.

“Our pediatric intensive care unit here at Corewell East in Royal Oak has been full consistently for the last few weeks,” he said in reference to a hospital 17 miles northwest of Detroit. “In fact, we have some ICU patients that are, you know, boarding over in the adult spaces.”

Corewell Health did not immediately respond to ABC News’ request for comment.

The child is from Macomb County, which is made up of northern Metro Detroit and the immediate surrounding area.

According to the CDC, between 100 and 500 pediatric deaths occur from RSV every year.

At the time, Denenberg told “Good Morning America” deaths are not common and usually occur among those with pre-existing conditions.

“Very, very few children die from RSV, and the kids that get that sick, it’s usually a child that has an underlying illness,” he said.