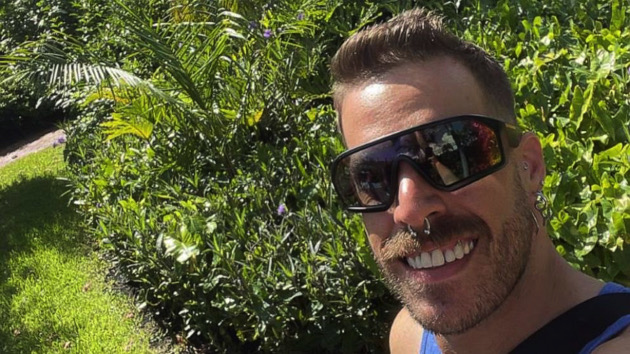 (BALTIMORE) — As federal officials move to address growing concerns over an outbreak of monkeypox in the U.S., an increasing number of positive cases are emerging across the country.

Last week, Brian Thomas, 32, of Baltimore became the latest American to test positive for monkeypox — a diagnosis he has been sharing openly on social media, in the hope of curbing the spread by raising awareness about the disease.

Thomas, who had just recently traveled to Florida on a trip, said he initially thought he had contracted COVID-19, after he began to experience similar respiratory symptoms, often associated with the virus, such as fatigue and body aches. However, both of the COVID-19 tests he took came back negative.

After two suspicious lesions emerged on Thomas’ body, he realized that his symptoms were potentially connected to monkeypox. He “immediately” contacted his health care provider, he said.

After getting tested for monkeypox, Thomas’ test came back positive. Although Thomas, a travel nurse, said he was expecting to have monkeypox, his diagnosis was still “shocking.”

“I know that I’m going to be fine. But what do I do now? And who have I put it at risk? I live with two other people. And that really was what was going through my mind,” Thomas said. “I felt like I’m a danger to the public and that’s never a great feeling to have.”

Now, more than a week since his diagnosis, Thomas said he is feeling better, though he is still waiting for his lesions to fully scab over and heal, which he describes as a bit itchy and painful. The Centers for Disease Control and Prevention recommends that isolation precautions be continued until “all lesions have resolved, the scabs have fallen off, and a fresh layer of intact skin has formed.”

Thomas told ABC News that he feels it his duty to educate his followers on social media about monkeypox, particularly given the suggestion by some, that the virus only targets people of certain sexual orientations. Health experts stress that although a large proportion of those who are currently testing positive for monkeypox are gay and bisexual men, ultimately, anyone can contract the monkeypox, regardless of sexual orientation.

“There is a lot of stigma about monkey pox right now. The fact of the matter is, is that it is most prevalent in the gay community right now, and that has led people to believe and lead people to remark that this is a gay disease. And when something is marked as a gay disease that automatically puts stigma on it,” Thomas said. “Even though this community is the one that’s most effected now, it’s not going to stay like that forever, if the numbers increase.”

Although monkeypox vaccines were provided to both his roommates, Thomas stressed that he strongly believes that in order to control the outbreak, vaccines need to be made available to all high-risk people.

“If we could get the population that’s most affected right now vaccinated, we could really stop this in the track in its tracks,” Thomas said. ” I think that’s the only way that we’re going to get ahead of this before it becomes a real problem in the States.”

The federal government is currently working to ramp up its production of monkeypox vaccines, in order to make them available to different states and jurisdictions. The Department of Health and Human Services said last week that the agency will send out nearly 300,000 doses of the JYNNEOS vaccine for prevention of the disease for people who have been exposed.

Since the start of the outbreak, there have been 559 confirmed monkeypox cases in the U.S. according to Global.health.