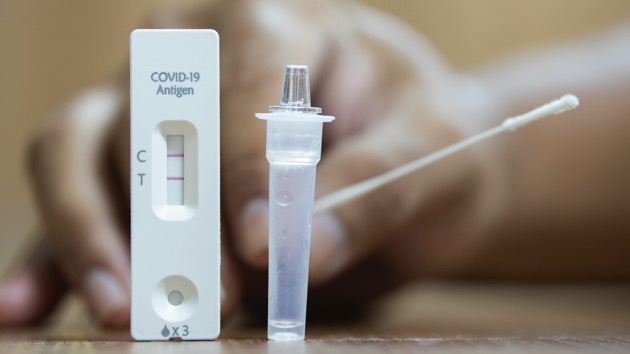 (ATLANTA) — Older people have always been known to be one of the groups at highest risk of death from COVID-19, but they now make up a larger share than ever before.

As of the week ending Nov. 19, Americans aged 65 and older make up 92% of all deaths from the virus, according to data from the Centers for Disease Control and Prevention.

It’s the first time senior citizens have made up more than nine out of 10 deaths since the pandemic began and a drastic increase from the roughly 58% of deaths they made up in summer 2021, an ABC News analysis shows.

An infectious disease expert told ABC News the data showcases the lack of boosters received by the older population and how the impact of the disease is hitting the most vulnerable as protection mounts in the population.

“The bottom line is that age is the most powerful risk factor for COVID deaths and we’ve known that all along,” Dr. Peter Chin-Hong, an infectious disease specialist at the University of California, San Francisco, told ABC News. “At this point in the pandemic, it’s not enough to just get a vaccine series. So, what it reflects is the failure of the older age group to get boosters.”

As of Nov. 24, just one-third of people aged 65 and older have received the bivalent boosters, CDC data shows.

The updated booster specifically protects against the omicron subvariants BA.4 and BA.5, currently making up about 20% of infections in the U.S.

While this percentage is higher than most other age groups, Chin-Hong said it’s still quite low for a group at high risk of severe illness and death.

“Before vaccines, seniors died disproportionately but it wasn’t even as profound of a difference between the seniors and non-seniors,” he said. “But it was it’s kind of almost like a U-shaped curve with the beginning a high [number of] seniors [dying], then low number of seniors, relatively speaking, then high seniors again.”

Chin-Hong said more effort needs to be made at getting vaccines and boosters to seniors, such as nursing homes and community centers, like they were during the start of the vaccination campaign.

“We started vaccinating that age group very diligently,” he said. “In the old days, they were first in line. Everybody wanted grandma and grandma to get vaccines. But that’s only part of the picture and the immune system needs a reminder now and that’s when you’ll see [complications] the most.”

US births increased in 2021 for first time in seven years: CDC

COVID-19 pandemic ‘is probably at a transition point,’ WHO says

COVID-19 may have impacted our children’s learning progress in school: Where do we go from here?