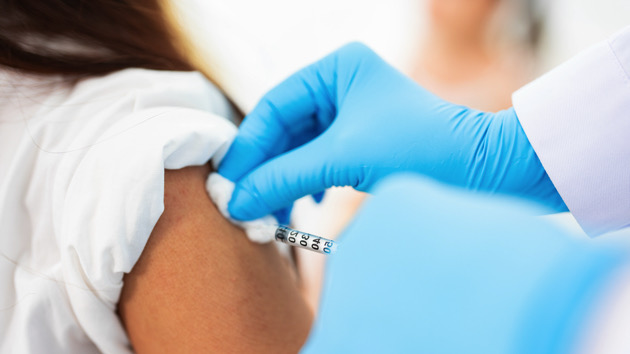 (NEW YORK) — Since the monkeypox vaccine began being distributed in New York City, the rollout has been plagued with issues.

The city’s Department of Health and Mental Hygiene has cycled through several scheduling platforms in a matter of weeks, which have experienced crashes as people tried to book appointments.

Additionally, the demand for the vaccine has far outpaced the supply. Whenever the city has released a few thousand vaccine appointment slots, they have been filled up within a matter of hours, sometimes minutes, officials said.

“My general thought about the rollout is that it is a hard situation,” Dr. Dana Mazo, an infectious diseases specialist and clinical associate professor of medicine at NYU Langone Health, told ABC News. “The good news is that there has been a high demand, that the high-risk communities are definitely interested in the vaccine. And so that is good.”

“But when there is a limited supply, we are put in a hard situation and all of us feel the difficulties,” she added.

The U.S. Department of Health and Human Services said in mid-July it had ordered nearly 7 million doses of the JYNNEOS vaccine, which is a two-dose vaccine approved by the U.S. Food and Drug Administration to prevent smallpox and monkeypox. However, they will not all be available until mid-2023.

As of Tuesday, the Biden administration has shipped more than 630,000 doses to states, according to HHS data. An additional 786,000 doses have been allocated, but it will take several weeks to distribute the doses.

So far, New York City has received more than 77,800 doses, HHS data shows, but local health officials estimate that as many as 150,000 residents may be at risk for monkeypox exposure.

Dr. Bruce Y. Lee, a professor of health policy and management at City University of New York School of Public Health, said there are only so many doses that can be sent to the city and state when other places are suffering from large outbreaks.

“New York City obviously has had the most cases, but then you’ve had a lot of cases in other places like California, Illinois, Florida, for instance,” he told ABC News. “So how then do you determine how much of those vaccines are supposed to be in New York versus the other locations?”

There have been some attempts to try to stretch out the supply. The Department of Health and Mental Hygiene said it is prioritizing administering first doses to get as many people as possible at least some level of protection.

“If you have received the first dose, you will be contacted about scheduling the second dose in the coming weeks,” the department states on its website. “You can wait longer than four weeks between doses.”

To increase the number of JYNNEOS doses available, the FDA authorized a new strategy to inject the vaccine intradermally, just below the first layer of skin, rather than subcutaneously, or under all the layers of skin.

This will allow one vial of vaccine to be given out as five separate doses rather than a single dose.

In theory, this should work because the supply would be quintupled and, for example, 6,000 slots being opened would now increase to 30,000 slots, experts said.

However, there are a few roadblocks. Administering vaccines intradermally is a skill that most health care workers are not trained or experienced in, although it can be taught.

It also would require patients to be told that this way of administering is under emergency use authorization rather than full FDA approval.

“The concern is whenever you do things that are off label or splitting doses you have to make sure you get the same efficacy, you get the same protection,” Lee said. “If you do split doses that basically convert the same amount of vaccine to like multiple doses for a greater number of people, we have to ask ourselves what will be the impact in terms of protection?”

The Department of Health and Mental Hygiene has not stated whether it intends to adopt this strategy.

Another problem that has plagued the rollout is the multiple websites that resulted in crashes and glitches as people intend to access them.

In June, the Department of Health and Mental Hygiene partnered with MedRite, a chain of urgent care centers, to operate the appointment scheduling website.

The website was scheduled to launch on July 6, but some people were able to access vaccine appointments before the launch time. Officials quickly took down the portal but, when it went back up again, it crashed.

Next, the department turned to Affiliated Physicians, a health care provider, to schedule vaccine appointments.

The website went live on July 12. Less than half an hour later, the health department tweeted the site was down due to a “high level of traffic.”

Eventually, the department switched over to VAX4NYC, the portal that was used for scheduling COVID-19 vaccines.

Dr. Amish Adalja, senior scholar at the Johns Hopkins Center for Health Security at the Bloomberg School of Public Health, said VAX4NYC should have been used from the start.

“[The health department] should have used systems that anyone had been familiar with,” he told ABC News. “That was a tried and tested system and had been working fine rather than contracts with certain companies, where they’ve had glitches.”

He continued, “A new system that people had to learn on the fly when there was such demand, I think is not ideal when you’re trying to be as efficient as possible with a resource that was in a very limited supply.”

“This vendor had been previously cleared by another administration,” he said during testimony. “Our look at this is that it’s a vendor that’s done similar work in the city for this purpose, and unfortunately, it did not work out this time.”

Questions have also arisen over MedRite’s role due to being cited for fraud in the past. In 2016, then-New York State Attorney General Eric Schneiderman settled with MedRite after paying for fake positive reviews on various websites.

“I would just say that this is an important question to ask: how was the trust established that they would be able to deliver in an emergency situation when they’ve already been deemed a fraudulent company?” Adalja said. “They should have articulated the rationale. ‘This is why we use it, and we know we’re going to use it, or they should have said that upfront’ They should be transparent about their decision-making process.”