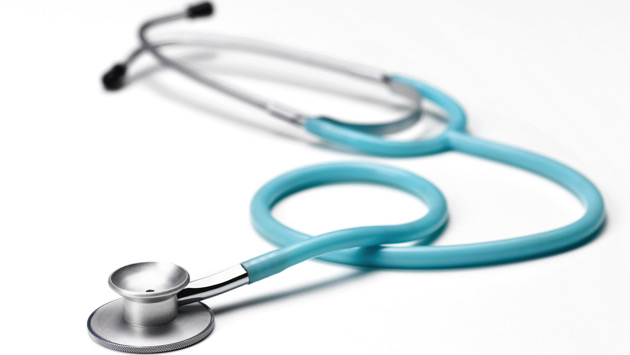 (TULSA, Okla.) — An Oklahoma news anchor and a TV actress are raising awareness about women’s stroke risk at any age by sharing their own experiences.

Julie Chin, an anchor for Tulsa, Oklahoma, NBC affiliate KJRH, was anchoring a live broadcast on Sept. 3, when she began to experience difficulty speaking.

“I’m sorry,” Chin said, interrupting the broadcast to throw it to the station’s meteorologist. “Something is going on with me this morning and I apologize to everybody.”

Chin later shared an update on Facebook, writing that her doctors believe she suffered the “beginnings of a stroke” while on the air.

“The episode seemed to have come out of nowhere. I felt great before our show. However, over the course of several minutes during our newscast, things started to happen,” she wrote. “First, I lost partial vision in one eye. A little bit later my hand and arm went numb. Then, I knew I was in big trouble when my mouth would not speak the words that were right in front of me on the teleprompter. If you were watching Saturday morning, you know how desperately I tried to steer the show forward, but the words just wouldn’t come.”

Chin wrote that her coworkers called 911, and she was hospitalized for several days while undergoing multiple medical tests.

“There are still lots of questions, and lots to follow up on, but the bottom line is I should be just fine,” she wrote, adding, *Most importantly* I’ve learned that it’s not always obvious when someone has a stroke, and action is critical. This acronym helps identify the symptoms to look for: BE FAST and then if needed, be fast and call 911.”

“BE FAST” is a version of the acronym “FAST,” which is intended to help people remember the different signs of a stroke and what to look for, according to the American Stroke Association. It stands for “face drooping” or numbness of the face; “arm weakness” or numbness of the arms or legs on one side of the body; “speech difficulty” or slurred speech; and “time to call 911,” which reminds people to act quickly if you — or someone else — are experiencing any of the aforementioned symptoms.

“NCIS” star Pauley Perrette also revealed recently that she nearly died from a “massive stroke” a year ago at the age of 52.

“I feel good. Been through a lot in the last two years, things that are harder than having a stroke … but I am still here,” said Perrette, who suffered the stroke not long after she lost her father to COVID-19.

The actress told ABC News she had one of the major warning signs of stroke — numbness in half of her body — but that she was not aware that it was a warning sign.

In addition to sudden numbness in the face, arm or leg, especially on one side of the body, other warning signs of a stroke include facial drooping, vision changes, dizziness or loss of balance and difficulty speaking, according to the Centers for Disease Control and Prevention.

Stroke is the fifth leading cause of death for women in the United States. One in 5 women between the ages of 55 and 75 will have a stroke, according to the CDC.

Ashton said that for both men and women, common risk factors include high blood pressure, high cholesterol, smoking, obesity and diabetes. Women have other risk factors, including hormones.

“Any hormonal state — being pregnant, taking birth control pills, taking hormone replacement therapy, we call it a class effect. It increases the risk of clotting,” said Ashton. “That doesn’t mean we don’t use those medications. That doesn’t mean women avoid pregnancy to avoid stroke, in most cases, but you need to know.”

The highest rates for stroke remain among older populations, and women generally live longer than men, but over the past several decades the stroke rates for younger adults have increased by more than 40%, according to the American Heart Association.

Signs of a stroke can develop quickly over hours and even days, according to the National Heart, Lung and Blood Institute. Symptoms can also depend on the type of stroke and the area of the brain that’s affected, the institute also reported.

The Centers for Disease Control and Prevention reported that 4 in 5 strokes are preventable in women. Ashton said that women can prevent strokes or lower risk factors by creating healthy habits.

“If you smoke, do everything in your power to quit,” said Ashton. “You want to control your blood pressure, know what both of your numbers are and control it in a safe range and then [maintain a] healthy lifestyle — moderate or no use of alcohol, exercise and eating well, they are massively important.”