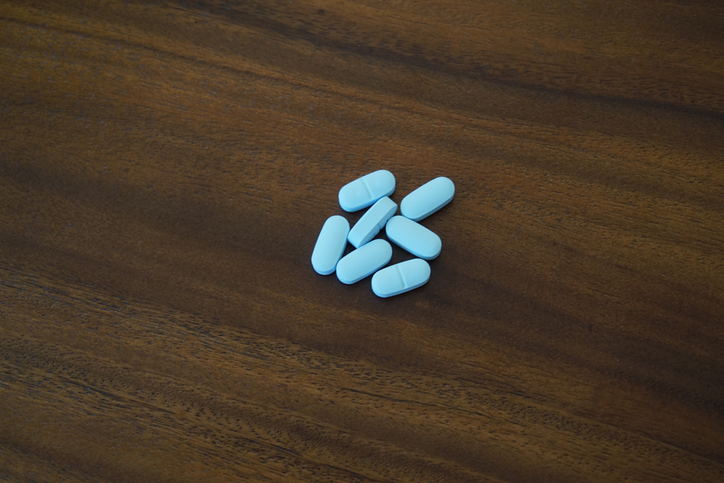 (WASHINGTON) — On the same day that former President Barack Obama returned to the White House to witness the unveiling of the new presidential portraits, a federal judge in Texas ruled against the provisions of his Affordable Care Act, also known as Obamacare.

U.S. District Judge Reed O’Connor ruled on Wednesday on the side of plaintiffs, businesses and individuals, who wanted to deny free coverage of the HIV medication PrEP on religious grounds.

ABC News’ senior Washington reporter Devin Dwyer sat down with the ‘Start Here’ podcast to explain the legacy of Obamacare, the recent legal challenge and how far the implications could reach.

START HERE: Devin, I think enrollment season for health insurance starts in a couple months, what was this ruling?

DWYER: Yeah, and one of the most popular provisions that’s on all of our minds as we look at those healthcare plans from our employers to pick from Brad are those free preventive care services and medications that insurers are now required to cover because of Obamacare.

Things like cancer screenings and colonoscopies, vaccines, those things covered at no cost, no co-pays, of course. Well, a federal judge in Texas, Reed O’Connor, the same one who’s taken aim at Obamacare before, delivered an opinion striking down, threatening key portions of the preventive services mandate.

He said that this board of U.S. health officials, that decides what insurance companies have to cover free-of-charge, is unconstitutional. They aren’t properly appointed and confirmed by the Senate, in his view, perhaps invalidating them in all the work they do, we’ll see. He held back on the exact scope of his decision, that’s going to come a little bit later. But he also took aim, Brad, and you mentioned it, at this very popular pre-exposure prophylaxis called PrEP. It’s a prevention medicine for HIV.

He said that requiring companies, some companies, to cover that drug could violate their religious freedom. And he sided with one company, Briarwood is its name. It’s a small company, 70 employees. They had challenged this saying in their view, that by having to cover this they are endorsing sexual activity, [and] that they cannot support sexual activity, outside of marriage, among homosexual people, and they wanted to opt out. Judge Reed O’Connor said at least in their case, they don’t have to comply.

START HERE: And I know this ruling could potentially apply to lots of drugs but while we’re on this, could you just talk about what a big deal PrEP is? Because I feel like we don’t spend enough time properly awed that well, there’s not a cure for HIV. It has effectively let people live with this disease we thought was incurable in a more normal way than we ever thought possible.

DWYER: Yeah. PReP Brad has in the eyes of the CDC been a game changer. I mean, it has dramatically slowed the spread of HIV since it was rolled out about a decade ago. And it is 90% effective when taken ahead of time at preventing an HIV infection from any sort of activity. Sexual activity, drug use, a blood transfusion. You cannot, virtually, get it if you’re on this. And if you are infected and begin taking prep after the fact it’s also very effective, according to experts.

So this has been a drug that the CDC says they want more people to take. And in fact, the latest numbers, only about a quarter of at-risk, of the millions at-risk Americans who should be taking it are doing that right now. The numbers are up, but they need, you know, to be broadened.

And the CDC says access to that medication is the key. Letting more people get it cheaply, entirely free according to the mandate under Obamacare would help. And so they’re trying to obliterate HIV and AIDS in this country using this drug, but potentially now a setback with this ruling, if it stands, and if it’s as broad as some fear it might be.

START HERE: Well, that’s the thing, you had this company who said ‘we don’t want to endorse homosexual activity, it’s our, sort of, freedom of religion. So we don’t think this should be covered under our plan.’ Of course, we should say it’s not only gay people that get HIV, it’s not only men that get HIV. But if this ruling got upheld by the future courts, that are going to see it what could happen then to even going beyond HIV? What happens to preventative care in this country?

DWYER: Well, there’s two issues in this case. If the the prep decision stands, obviously a setback, but it’s unclear whether the judge would say the government simply has to provide some mechanism for an exemption for religious companies or religious-minded people who simply don’t want to opt-in to insurance plans like this.

Remember, there was a similar challenge on the law’s contraceptive mandate and similar grounds that has been challenged over the years. So perhaps there’s going to be some kind of exception. Perhaps he strikes it down altogether. We’ll have to see. But this also could potentially have a much broader impact. 140 million Americans rely and have come to enjoy, according to polls, the free preventive services, not just drugs and vaccines, but, you know, your annual physical that is supposed to be covered at no cost, no co-pay, once a year. That’s a benefit of Obamacare. If that task force, that which sets those standards is invalidated, all of that could potentially go away.

START HERE: Cause they’re the ones that sort of make the call on here’s what a regular person should have access to. All right. Fascinating stuff. Devin Dwyer, thank you.

What are the COVID rules at the 2022 Beijing Winter Olympics?