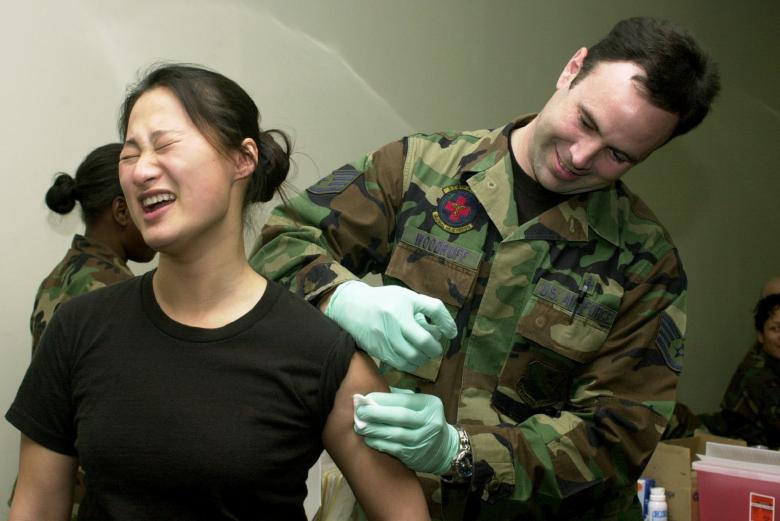 The Republican National Committee said Thursday that it plans to sue the Biden administration after the president issued two sweeping executive orders that will require Covid vaccinations for as many as 100 million people in the U.S..

RNC Chairwoman Ronna McDaniel said the mandate was “unconstitutional” in a statement. “Joe Biden told Americans when he was elected that he would not impose vaccine mandates. He lied. Now small businesses, workers, and families across the country will pay the price,” she said. “Like many Americans, I am pro-vaccine and anti-mandate,” she said. “Many small businesses and workers do not have the money or legal resources to fight Biden’s unconstitutional actions and authoritarian decrees, but when his decree goes into effect, the RNC will sue the administration to protect Americans and their liberties.”

Biden, who has been under pressure to act decisively as the spread of the delta variant of the coronavirus has caused Covid cases to rise in recent weeks, announced in a speech Thursday that federal workers and contractors will be required to be vaccinated. He also announced new requirements for large employers and health care providers that he said would affect around 100 million workers, more than two-thirds of the U.S. workforce.

All children 12 and older in Los Angeles public schools must be fully vaccinated against COVID-19 by January to enter campus under an order approved Thursday by the Board of Education, the first such mandate among the nation’s largest school systems and a decision that triggered immediate pushback.

The requirement cements the standing of the L.A. Unified School District as an early adopter of COVID-19 school safety measures that are wide-reaching and aggressive. The nation’s second-largest school system has moved faster and more comprehensively than most others in testing all students and employees for coronavirus infection every week, requiring masks indoors and outdoors, and ordering employees to get vaccinated. L.A. schools Interim Supt. Megan K. Reilly said the student mandate was the next logical step to keep children, staff, and community members safer from a COVID-19 pandemic that still poses significant risks.