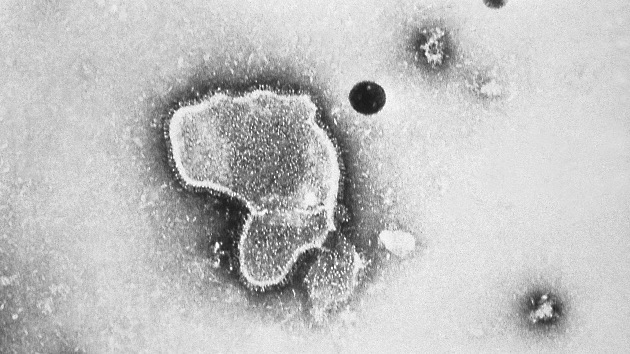 (ATLANTA) — While respiratory syncytial virus, or RSV, has been surging among children in the United States, older adults are being affected as well.

Data from the Centers for Disease Control and Prevention shows that senior citizens are being hospitalized with the virus at this point in the season at a rate much higher than seen in seasons past.

As of the week ending Nov. 5, the latest date for which data is available, adults aged 65 and older are being hospitalized at a weekly rate of 1.6 per 100,000.

Although the raw number might seem small, it is much higher than usually seen at this time of year. CDC data going back to the 2014-15 season shows the rate has never been higher than 1.0 per 100,000 in early November.

“Overall, it’s very striking that we’re seeing this level of RSV than we normally see across age groups,” said Dr. John Brownstein, an epidemiologist and chief innovation officer at Boston Children’s Hospital and an ABC News contributor. “While there’s a lot of focus on the pediatric impact, we know RSV affects all vulnerable groups, including the elderly population.”

“The hospitalizations numbers are greater than anything we’ve seen in the past nine seasons,” he added.

An increase in respiratory viruses, including RSV, has been flooding pediatric hospitals and causing schools to shut down to stem the spread.

Public health experts told ABC News the early rise in cases is due to the COVID-19 pandemic. Over the last two years, children have been staying home from school, wearing masks and practicing social distancing, which has led to low RSV activity.

However, as more kids get exposed, so do more adults.

“Now all the children are back in school, they’re going to birthday parties, they’re playing with each other and we’re having a very early surge in RSV all over the country,” Dr. William Schaffner, a professor of preventive medicine at Vanderbilt University Medical Center, told ABC News. “They’re bringing it home and they’re giving it to grandparents, Aunt Susie, Uncle Frank and other adults who have underlying illnesses and it’s those adults who sometimes get illness severe enough to require hospitalization.”

He continued, “So the adults are part of this surge that has been described mostly in terms of its impact on children in pediatric hospitals.”

Adults with RSV typically experience the same symptoms as children including coughing, wheezing, fever, running nose, sneezing and decrease in appetite, according to the CDC.

While most cases can resolve with resting at home, drinking fluids and managing pain and fever, some adults are at higher risk of severe illness.

“First of all, advanced age, anybody over age 65, and of course, the older you are, the more likely you are to get severe illness,” Schaffner said. “Second, underlying illness, particularly of the lung, and heart. So, if you have underlying lung disease or heart disease, those are the circumstances that put you at increased risk of getting more severe RSV infection that will impair your capacity to breathe and will require hospitalization.”

There are currently no vaccines available that protect against RSV, although several are undergoing clinical trials, and some may undergo review from the U.S. Food and Drug Administration. In the meantime, the experts recommend following similar mitigation measures followed during the pandemic.

Suffering from flu, RSV or COVID-19? How you can tell the difference

Flu cases, hospitalizations, deaths continue to surge across US