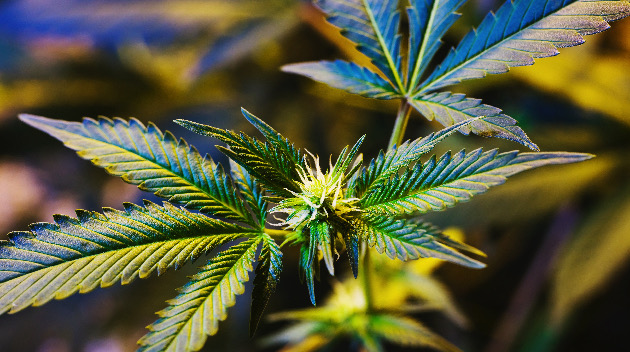 (NEW YORK) — People who smoke marijuana were more likely to have certain types of lung damage than people who smoked cigarettes, according to a new study that reviewed lung scans of smokers. The researchers who led the study say their findings suggest smoking marijuana may be more harmful than people realize.

The Centers for Disease Control and Prevention estimates at least one-fifth of Americans have tried marijuana at least once. With more states legalizing the drug, it has become the most commonly used drug that is still illegal at a federal level.

Some health effects, such as brain development issues, high blood pressure, and increased risk of heart attacks and strokes, have been studied. However, according to Dr. Albert Rizzo, lung doctor and chief medical officer of the American Lung Association, “We don’t know the long-term effects of marijuana as we do for the long-term effects of tobacco.”

Researchers from Ottawa Hospital General in Canada compared approximately 150 lung scans from marijuana smokers, tobacco-only smokers and nonsmokers. The study found that rates of emphysema, airway inflammation and enlarged breast tissue were higher in marijuana than in tobacco smokers.

Emphysema, a form of chronic obstructive lung disease (COPD), is the third leading cause of death in the U.S.

“There are air sacs in your lungs that are getting bigger than they should. As they get bigger, they are less efficient than they should be for gas exchange,” Rizzo said. The condition is caused by long-term exposure to irritants such as smoke, leading to irreversible lung damage.

Doctors say there are several reasons marijuana might cause more lung damage than tobacco.

“Marijuana smokers breathe in more deeply, and they hold their breath longer, before they exhale. You combine the irritating effect of longer exposure and deeper inhalation of these toxins,” Rizzo said.

Tobacco smoke is also filtered, but marijuana smoke is not. All of these factors contribute to inflammation and irreversible damage, doctors say.

“Anything you inhale that could irritate the lungs would not be advisable, so I would recommend they stop,” Rizzo said. However, he recognizes that some users have medical necessity — for those individuals, he recommends a discussion with your doctor, who may be able to convert you to another, safer form of the drug, such as an ingestible form.

Number of US abortions declined in 2020, CDC report finds

Measles is an ‘imminent threat’ worldwide, CDC and WHO report finds